Women in tech: Around 42% of females feel their voices and contributions are underappreciated in the workplace

A study has revealed 96 percent female tech professionals in India are the most committed to staying in the tech sector for the next 5-10 years. This is against the global average where 83 percent women currently working in the tech industry say they intend to remain in tech for the next 5 to 10 years. The statistics for India indicate the satisfaction levels among women in tech improve as they progress in the industry and that positively influences their intent to stay, according to Booking.com, a travel e-commerce company, whose findings are from a global study undertaken across 10 countries on Women In Tech

Firstpost spoke with Ritu Mehrotra, Country Manager, India, Sri Lanka and the Maldives at Booking.com to know about the statistics the survey reveals and what is the way forward:

The theme for international women’s day 2019 is Think Equal, build smart, innovate for a change. How much of this is currently percolating down in the workplace?

Companies today are consciously working on providing diverse, inclusive environments and a level playing ground for both men and women, however, there still remains some ground to be covered. A glass ceiling in the tech industry is one of the most common problems experienced by women (26 percent globally). However, progressing beyond a certain point is not perceived so much of a problem for women in tech in India. Around 42 percent of women in the tech sector feel their voices and contributions to tech are underappreciated in the workplace, which is more than double the global average. While many companies are taking strike to achieve gender diversity, women believe the tech industry has an obligation to do more and invest further in initiatives that support them, speaking out on the actions they deem essential for corporations to take.

What about wage parity?

Women in the tech sector certainly feel that assurances of pay equity between men and women are among essential corporate actions to propel their growth in the industry with 42 percent of women sharing this sentiment. When it comes to the other corporate actions that Indian women expect to see more of in the tech industry in the next five years, 51 percent say they expect to see hiring practices that attract a more diverse workforce. Over two in five (42 percent) expect to see greater female representation on company leadership boards 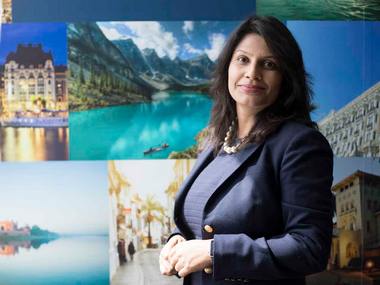 What is the data on the number of people dropping out of tech in 2018?

While our study does not specifically include data on those dropping out of tech in 2018, it does reveal that 96 percent of female tech professionals in India intend to stay in tech for the next 5-10 years and indicates that beyond their own commitment to the industry, women are also passionate about encouraging new entrants to join the sector. Nearly all women, i.e. around 97 percent, working in the sector in India which is the highest globally, would recommend a career in the industry to the next generation of high school and female undergraduate students. Women in India are also drawn to the tech industry for a myriad of reasons – they find it to be innovative (45 percent), creative (45 percent), exciting and inspiring (32 percent).

Why are women willing to share more than men at the workplace, going by the survey? Why do men, for instance, not share as much as women with new entrants, team members like women do?

Women and men both equally bring their unique skills and experiences in the industry. However, the industry’s male-dominated workforce is still perceived as a challenge by many. To overcome this perception, women have identified and embraced the role they themselves can play to champion their cause in the industry and bridge the gender diversity gap. According to our study, 48 percent of high school students and 64 percent of undergraduates believe that the opportunity to hear from women already in the field is key to improving diversity. Hence, sharing their positive experiences and achievements will continue to be pivotal in encouraging new entrants in the field.

According to your survey, globally 26 percent of female tech professionals continue to experience a glass ceiling and believe they will not advance beyond a certain point in their career in tech. This figure is the lowest among women in tech in India with only 17 percent of the respondents believing their potential to progress in tech is limited beyond a certain point.

While there are positive strides underway, women are still underrepresented overall in the tech sector and barriers to progression remain, particularly at certain key touch-points. For 23 percent of women in the tech sector in India, this is the case because of the sector’s largely male-dominated workforce, while over a third (38 percent ) cite gender bias during the recruitment process as a hurdle.

Many women (23 percent) also feel a lack of female decision-makers holds back the career potential in the sector. To empower women to truly succeed in tech, companies, and the industry as a whole, have an opportunity to do more. This includes putting forth more female role models, eliminating gender bias that starts from the recruitment process before a woman is even hired, and investing in initiatives that spotlight the industry as attractive and welcoming at all stages, from new entrants up to the most senior leadership.

What do women in your survey suggest organisations do to remedy gender biases in the sector?

Our research indicates that women overall feel that their gender positively impacts their ability to pursue a career in tech, which suggests that the industry has a strong appeal and a change is needed. However, women have many qualities that contribute to business success and positive company culture. According to several studies, women CEOs are more likely than their male counterparts to support technology innovation and to collaborate with entrepreneurs and start-ups in order to drive corporate growth and profitability, for example. Studies show time and time again that companies with more female leaders perform better.