With oil past peak, Shell vows to eliminate carbon by 2050

By Ron Bousso and Shadia Nasralla LONDON (Reuters) - Energy giant Royal Dutch Shell vowed to eliminate net carbon emissions by 2050, raising its ambition from previous targets, as oil output was set to decline from its 2019 peak. The Anglo-Dutch company is in the midst of its largest overhaul yet as it prepares to expand its renewables and low-carbon business in the face of growing investor pressure on the oil and gas sector to battle climate change. 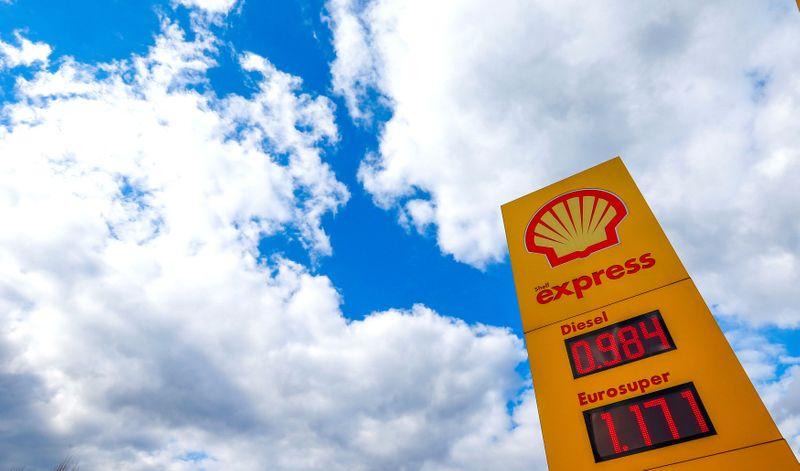 By Ron Bousso and Shadia Nasralla

LONDON (Reuters) - Energy giant Royal Dutch Shell vowed to eliminate net carbon emissions by 2050, raising its ambition from previous targets, as oil output was set to decline from its 2019 peak.

The Anglo-Dutch company is in the midst of its largest overhaul yet as it prepares to expand its renewables and low-carbon business in the face of growing investor pressure on the oil and gas sector to battle climate change.

Shell last year laid out a plan to reach net zero by 2050, in line with the Paris climate agreement and European Union ambitions, but it said the goal depended on its customers.

In a strategy update on Thursday, Shell outlined plans focused on rapid growth of its low-carbon businesses, including biofuels and hydrogen, although spending will stay tilted towards oil and gas in the near future.

"We will use our established strengths to build on our competitive portfolio as we make the transition," CEO Ben van Beurden said in a statement.

"Shell's net zero target is industry-leading and comprehensive as it covers all their carbon emissions," Adam Matthews, Director of Ethics & Engagement for the Church of England Pensions Board, who led investor engagement with Shell, said in a statement.

Shareholders will be able to vote on Shell's transition plan at this year's general meeting, an industry first, Matthews added.

Shell did not outline any plans to grow its solar and wind power generation capacity, marking a difference from rivals, such as BP and Total, which both aim to boost their ownership of physical wind and solar farms.

In the near term, Shell will invest at least $5 billion a year in what it calls its growth pillar, dividing the investment roughly equally between its trading and retail business and renewables units. It previously aimed to spend up to $3 billion on renewables and marketing combined.

Its upstream business, or oil and gas production, will attract a larger share of its budget at $8 billion. It will also spend $4 billion on its liquefied natural gas (LNG) business and up to $5 billion on chemicals and refining.

Total spending is expected to remain within a range of $19 to $22 billion per year.

Shell, which said its greenhouse gas emissions peaked in 2018, accelerated its plans to reduce carbon emissions.

Most European energy majors have set some kind of net-zero carbon target by 2050.

Shell's ambition differs from BP's in that it covers the emissions from the end-use of products other companies have produced but which Shell sells to customers.

Shell's total carbon emissions, which include its own production as well as sales of products to customers, peaked in 2018 at 1.7 gigatonnes. Shell is the world's largest oil and gas trader.

Oil production is expected to gradually be reduced by 1% to 2% each year from a 2019 peak of around 1.8 million barrels per day, including divestments of oilfields and the natural decline of fields.

But it will rely on revenue from its oil and gas division to pay for shareholder returns and the transition.