Why is Japan's monetary policy so unpopular with banks?

TOKYO (Reuters) - Japan's central bank has been pursuing quantitative easing for the past five years to spur consumption in the world's third largest economy, but its policies have also made it unpopular with banks due to pressure on their earnings. WHAT POLICIES HAS THE BOJ PUT IN PLACE? The Bank of Japan has been buying large volumes of government bonds in the open market to lower long-term bond yields. 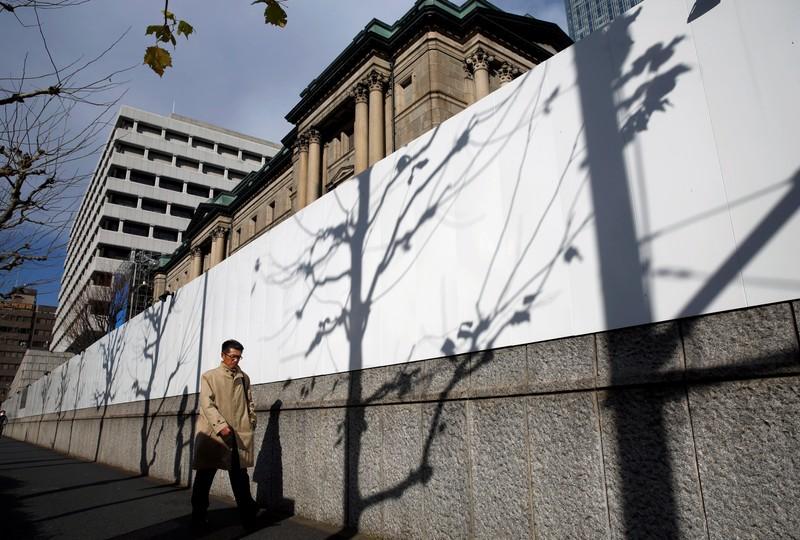 TOKYO (Reuters) - Japan's central bank has been pursuing quantitative easing for the past five years to spur consumption in the world's third largest economy, but its policies have also made it unpopular with banks due to pressure on their earnings.

WHAT POLICIES HAS THE BOJ PUT IN PLACE?

The Bank of Japan has been buying large volumes of government bonds in the open market to lower long-term bond yields. It also has a negative interest rate policy, which keeps short-term yields at minus 0.1 percent.

WHY IS THE BOJ DOING THIS?

The BOJ is doing this to meet its 2 percent inflation target, which it says is necessary to prevent a return to deflation that plagued the economy for nearly two decades.

Quantitative easing pushes down yields and interest rates, which in theory encourages borrowing and pushes up consumer prices.

WHAT WENT WRONG FOR THE BANKS?

The first sign of trouble came shortly after the BOJ began quantitative easing in April 2013.

The BOJ's government debt purchases were so large that they crowded out participation from other banks and investors. Trading volumes fell and there were even days when certain government bonds went untraded.

As a result, investment banks earned less in commissions from bond trading.

HOW DID NEGATIVE RATES AFFECT THE BANKS?

The BOJ adopted negative interest rates in January 2016 by charging banks 0.1 percent on a small portion of their reserves.

Traditionally, commercial banks lend money to some customers and use the interest from those loans to pay out interest on savings deposits. The difference between interest earned from loans and interest paid on deposits is called the margin.

When margins are large, it is easy for banks to turn a profit.

The negative interest rate policy, however, cut margins in half, and it became more difficult for banks to make money.

WHAT HAPPENED TO BOND YIELDS?

The yield spread, or the difference between yields on 2-year and 10-year government debt collapsed in 2016 as yields on both tenors went into negative territory.

Banks and some economists began to worry that negative long-term yields would discourage more investors from trading debt.

Since the policy began in January 2016, negative rates have cost banks on average around 95 billion yen ($849.66 million) in interest paid on reserves, according to Reuters calculations based on BOJ data.

Some analysts say banks may have lost even more money due to the decline in lending rates caused by negative interest rates.

HAS THE BOJ ADDRESSED THESE CONCERNS?

In September 2016, the BOJ said it would allow 10-year bond yields to trade around zero percent with a new policy called yield curve control.

This helped pull 10-year yields out of negative territory, but the BOJ would only allow 10-year yields to move in a narrow range of 0.1 percent above and below zero.

However, moves in bond yields were so small that trading remained unprofitable.

Short-term rates remained in negative territory, making it difficult to earn money from lending. As a result, bank earnings are down 20 percent from their peak in fiscal 2014.

In July, the BOJ said it would double the range for 10-year bond yields to 0.2 percent and lower the amount banks have to pay because of negative rates, but industry leaders say monetary policy is still hurting banks.