Why FDI will not save Kingfisher - it may be too late

New Delhi: The cabinet decision to allow 49 percent foreign direct investment in aviation may have come a year too late for Kingfisher.

Chairman Vijay Mallya has been the most vocal, and visible, lobbyist for allowing foreign airlines to pick up equity stakes in Indian airlines. In fact, there have been many snide references by aviation industry stakeholders over how Mallya's sinking airline and the urgent need for him to secure funds-perhaps from a foreign airline-has been the primary driver for the government to relax rules when it comes to foreign carriers. 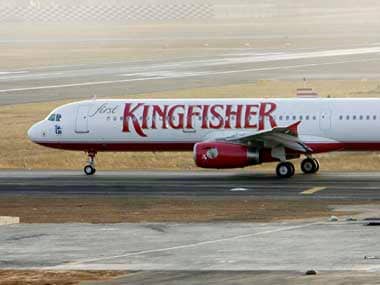 Now, after months of back-and-forth, the government has bitten the bullet and permitted FDI. But this change comes with stiff norms on the nationality of the top management, the import of equipment and security clearances and registration of the airline in India.

But it may already be too late to save sinking Kingfisher. Kapil Kaul of the Centre for Asia Pacific Aviation (CAPA) told CNBC-TV18 a short while ago that "There is a very, very difficult chance, but I would say an outside chance (that a foreign carrier would invest in Kingfisher). First, promoters must bring in $300-400 million capital to revive the airline".

A few numbers should explain why the FDI won't help Mallya much. With a debt burden of over Rs 7,000 crore and accumulated losses of a like amount, not to speak of dues to everyone from the taxman to airports and oil suppliers, Kingfisher is not worth rescuing. Why would any investor with, say, Rs 5,000 crore to invest want to take on a walking wounded operator like Kingfisher? Wouldn't it be simpler to start a new airline?

For now, though, Mallya is tweeting optimism. Though he did not return Firstpost's calls, he tweeted: "Bold decision taken by the government. Fantastic to restore confidence and kickstart economic growth opportunities." A Kingfisher Airlines' spokesperson was more forthcoming when he said, "Kingfisher will now be able to engage with prospective airline investors in a more meaningful manner and move towards recapitalisation".

Airline experts are not so sure.

Jitender Bhargava, a former director with Air India, also did not seem very hopeful for Kingfisher. He echoed Kaul's sentiments, saying "The government's decision will help SpiceJet and GoAir but not Kingfisher. It may also help a new airline which is putting in an application to begin business. For Kingfisher, the debt is just too high. Unless Mallya can get funds from other sources apart from a foreign airline...things will remain tough."

In its report late last month, Capa has clearly said that Kingfisher is moving towards a temporary operational shutdown. "As the carrier continues to operate with minimal cashflows its services are subject to occasional disruption due to labour issues arising from delays in the payment of salaries. Operating a 'holding schedule' with just a fraction of the fleet means that it is almost impossible to generate the necessary revenue (which totalled only Rs 3 billion/$53.6 million in Q1FY2013, for example) to meet the huge fixed costs and interest burden on its debt."

He acknowledged that the promoters are making daily infusions into the airline, which is the only reason the airline continues to operate on a skeletal fleet. In the June quarter this year, the promoters invested $133.9 million, but Capa says "this barely allows the airline to survive. A viable turnaround is unrealistic without a significant recapitalisation of the airline. A financial investor is more likely to consider a stake in the airline alongside a strategic investor such as a foreign airline."

So what Capa's Kaul and Bhargava are essentially saying is apart from a foreign airline, Mallya may also need an investor to rescue his airline. "Without an investment of approximately $600 million in the next 30?60 days, and access to a further $400 million over the next 12?18 months to fully fund its business plan, Kingfisher faces the prospect of an operational shutdown, possibly temporarily, to allow it to restructure and reorganise."

But Mallya remains hopeful of a turnaround. He says in the latest annual report that "our company will take a phased and pragmatic approach to reinduction of capacity as well as further market expansion. The focus will be on maximising the nascent potential of the domestic Indian market and capitalising on strategic international routes." Not only has he not abandoned plans for expansion, it is clear that the airline hopes to restart international operations too.

From the 67 aircraft (scheduled and non-scheduled operations) it operated till November 2011, the Kingfisher fleet was reduced to 55 by March 2012. And instead of flying nine Airbus 320 aircraft and eight ATRs-as it had promised in the summer schedule-Kingfisher is now flying only six A 320 and five ATRs. So the fleet is down to just 11 aircraft. Headcount was already down to 5,696 in March from 7,317 in the previous fiscal but is sure to be even lower with the continuing exit of pilots and other staff.

A consortium of banks which extended loans of Rs 7,000 crore to the airline is learnt to have told the management that if it needs fresh infusion of funds, then it should raise at least half of the Rs 2,200 crore it needs immediately to stay afloat.