'Who broke the law?' Cohn says in defending Wall Street's role in crisis

By Anna Irrera NEW YORK (Reuters) - Gary Cohn, the former economic adviser to U.S. President Donald Trump, gave a ringing endorsement of Wall Street bankers on Monday, arguing that borrowers were just as responsible for the 2007-2009 financial crisis as lenders and ridiculing rules intended to make the system stronger in its aftermath 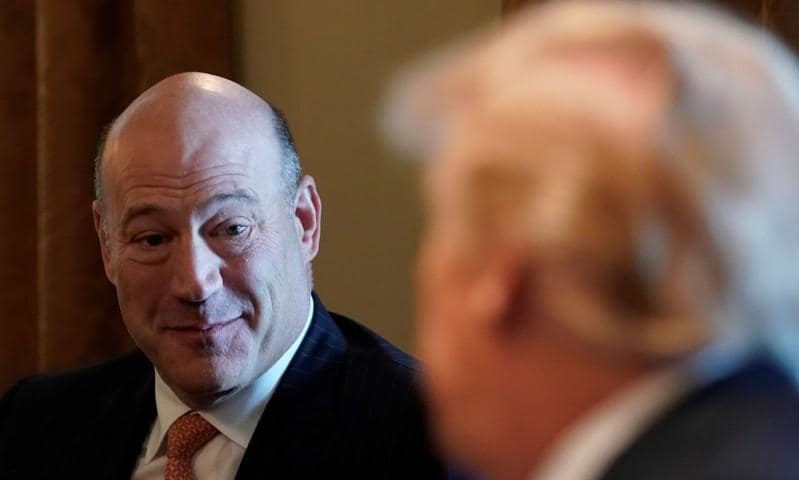 NEW YORK (Reuters) - Gary Cohn, the former economic adviser to U.S. President Donald Trump, gave a ringing endorsement of Wall Street bankers on Monday, arguing that borrowers were just as responsible for the 2007-2009 financial crisis as lenders and ridiculing rules intended to make the system stronger in its aftermath.

In a wide-ranging conversation at an event hosted by Reuters Breakingviews that was pegged to the 10-year anniversary of Lehman Brothers’ collapse, Cohn’s comments mostly tracked the sentiment of Wall Street bankers and other wealthy Americans who have felt unfairly maligned for the mortgage market’s collapse and the economic downturn that ensued.

Once the No. 2 executive at Goldman Sachs Group Inc

“Who broke the law? I just want to know who you think broke the law,” said Cohn, before noting that former Lehman Chief Executive Dick Fuld lost a big chunk of his net worth when his company filed for bankruptcy.

He criticized Elizabeth Warren, a prominent Democratic Senator who often attacks big banks, for using a simplistic measure of industry profitability and said rules that were part of the Dodd-Frank reform package have only solidified big banks’ competitive position.

"We haven't ended 'too big to fail,'" Cohn said. "We made rules and regulations that made (the big banks) bigger. Congratulations."

Since leaving the Trump administration in December, Cohn has been spending time with his family and exploring business opportunities, he said.