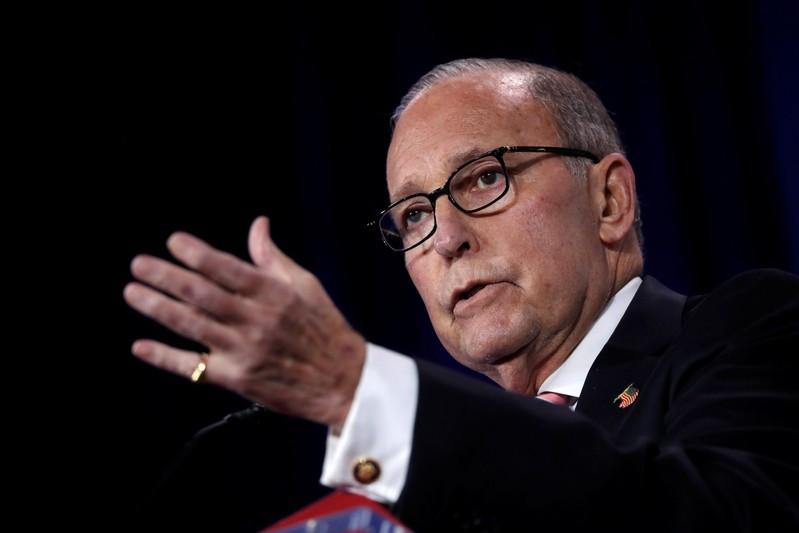 "As I read it, it looks like there will be a trip to China and we expect, we hope strongly that China will very soon start buying agriculture products, No. 1 as part of an overall deal and No. 2 as a goodwill gesture," Kudlow told reporters.

Lighthizer and senior U.S. officials will travel to Shanghai on Monday, Bloomberg reported, citing unnamed sources. Lighthizer's office did not immediately respond to a request for comment on the report.

U.S. President Donald Trump agreed during a meeting with Chinese President Xi Jinping last month to hold off on imposing tariffs on the remaining $300 billion in Chinese imports while talks resumed. Kudlow said the Chinese agriculture purchases expected in return had not occurred but that could change soon.

"We haven't had a guarantee of that, but I wouldn't be surprised if we saw a lot of positive news on that coming up," Kudlow said. "I'm going to strike a note of hopefulness."

U.S. Commerce Secretary Wilbur Ross downplayed the prospect, however. Asked whether China was moving towards buying more agricultural goods, Ross told Bloomberg TV, "I'm not aware that the gate has opened to any significant degree."

Agriculture Secretary Sonny Perdue said on Tuesday the U.S. government will pay a minimum of $15 per acre to farmers hurt by the trade war with China under a $16-billion aid package to be unveiled before the end of the week.

U.S. farmers, a key Trump constituency, have been among the hardest hit in the trade war between the United States and China. Soybeans are the most valuable U.S. farm export, and shipments to China dropped to a 16-year low in 2018.

Tensions over trade are clearly taking a toll on the global economy, the International Monetary Fund reported on Tuesday.

The global lender lowered its forecast for global growth this year and next, warning that more U.S.-China tariffs, auto tariffs or a disorderly Brexit could further slow growth, weaken investment and disrupt supply chains. It also slashed its forecast for growth in global trade by 0.9 percentage point to 2.5% in 2019.

It said escalating U.S. tariffs and weakening external demand were pressuring China's economy, which was already in the middle of a structural slowdown. China's economy was now expected to grow 6.2% in 2019 and 6.0% in 2020, a 0.1 percentage point drop for each year, the IMF said.