By Jeff Mason WASHINGTON (Reuters) - Lawyers at the White House earlier this year explored the legality of stripping Jerome Powell of his Federal Reserve chairmanship and demoting him to be just one of as many as seven governors of the U.S. 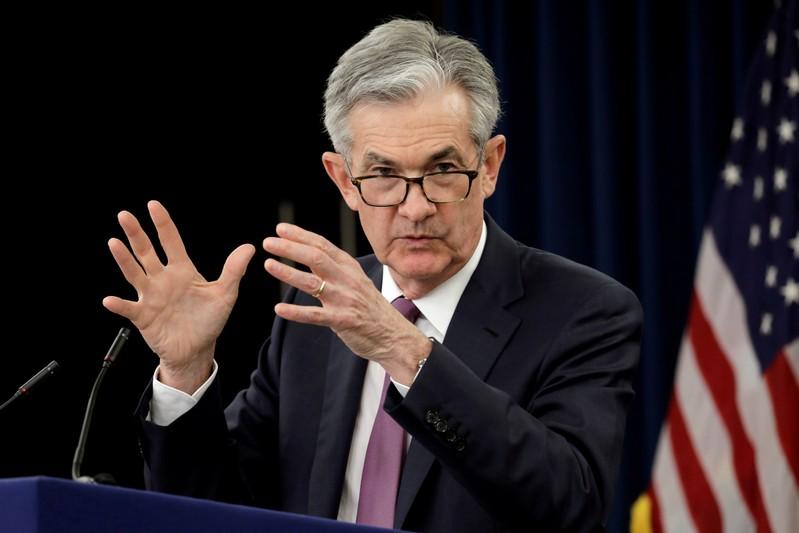 WASHINGTON (Reuters) - Lawyers at the White House earlier this year explored the legality of stripping Jerome Powell of his Federal Reserve chairmanship and demoting him to be just one of as many as seven governors of the U.S. central bank, according to a report from Bloomberg News published on Tuesday.

White House economic adviser Larry Kudlow declined to confirm or deny the report, published just as Powell convened a highly anticipated rate-setting meeting. But he told reporters at the White House that U.S. President Donald Trump is not considering any changes to Powell's status.

Still, the timing of the report adds to pressure on Powell, who is already facing Trump's repeated demands for a rate cut, financial markets' expectations of several by year's end, and economic data that has weakened lately but still points to continued, though slower, growth.

Trump has called out the Fed for undercutting his economic and trade policies by keeping policy too tight, complaining that under Powell, the Fed has gone "crazy."

Powell was picked by Trump for the job to replace Janet Yellen. His four-year term as chairman lasts until 2022.

Powell this week is expected to leave rates unchanged but could lay the groundwork for a cut later this year, particularly if Trump's trade policies begin to bite into U.S. factory output or business investment.

Bloomberg News, citing people familiar with the matter, said the White House's counsel's office had looked into the legality of demoting Powell in February, soon after Trump discussed firing the Fed chairman.

Kudlow told reporters that the White House was not considering demoting Powell now, but he declined to comment on whether such action had been considered previously. Such a move would be unprecedented in the Fed's 100-year history.

"The Fed is independent. They'll act on their own time, in their own way," Kudlow said.

Trump has had opportunities to express his views directly to Powell, including at a February dinner with the Fed Chair and Fed Vice Chair Richard Clarida, and in two short phone calls with Powell since.

Powell has said he does not believe the president has the power to fire him, and that he would not resign if asked.

A spokeswoman for the Fed Board of Governors on Tuesday said, “Under the law, a Federal Reserve Board Chair can only be removed for cause.”

Robert C. Hockett, a law professor at Cornell Law School in Ithaca, New York, whose research includes monetary law and economics, said the White House likely zeroed in on the possibility of demoting Powell because it was unlikely that disagreements about policy could be considered cause for removal.

Demoting Powell might not be considered removal, Hockett said. But any move by Trump to demote Powell would probably be contested by members of the Senate, and could lead to a legal challenge over the limits of the president’s power, Hockett said.

"Even if Trump could 'demote' Powell, the FOMC could nevertheless vote to keep him on as FOMC chair, thereby neutralizing Trump's move," Hockett said, referring to the policy-setting Federal Open Market Committee.