What's at stake in the battle over U.S. unemployment benefits in Congress?

By Andy Sullivan WASHINGTON (Reuters) - Enhanced unemployment benefits that the U.S. Congress authorized early in the coronavirus pandemic are due to expire at the end of July and thus far lawmakers have been unable to agree on a measure to extend them. Economists warn that could make it harder for jobless people to cover their expenses, potentially slowing the economic recovery. 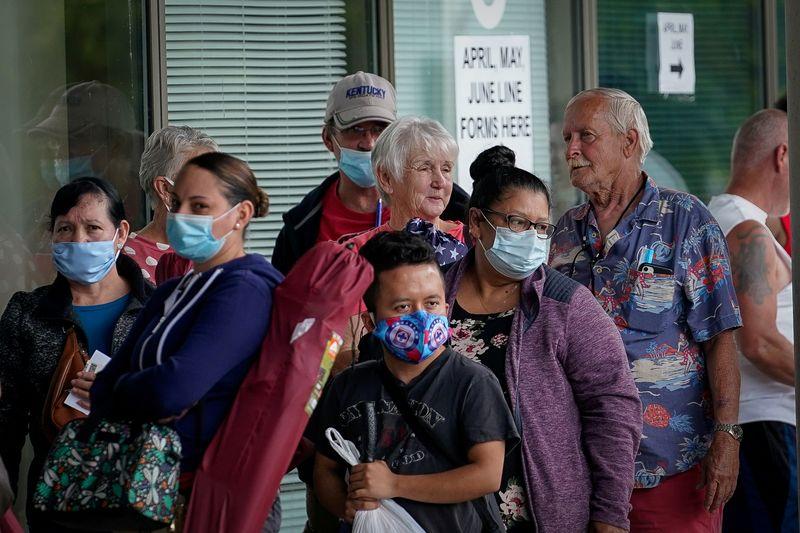 WASHINGTON (Reuters) - Enhanced unemployment benefits that the U.S. Congress authorized early in the coronavirus pandemic are due to expire at the end of July and thus far lawmakers have been unable to agree on a measure to extend them.

Economists warn that could make it harder for jobless people to cover their expenses, potentially slowing the economic recovery.

WHAT IS UNEMPLOYMENT INSURANCE?

Unemployment benefits to help laid-off Americans cover their bills as they look for work. They typically cover only a fraction of a worker's prior earnings.

Benefits are administered at the state level and can vary widely. The average weekly payment in Massachusetts before the pandemic hit was $546 per week; in Mississippi it was $213, according to the U.S. Labor Department.

WHY DID CONGRESS BOLSTER THESE BENEFITS?

As the pandemic took hold in March, Congress voted to extend those benefits for an additional 13 weeks and offer them to self-employed workers and others who don't typically qualify.

Lawmakers also increased weekly payments by $600 for each recipient - no matter what they had been earning before.

Some Republican senators said that would provide some idled workers with more money than they would earn on the job, but Treasury Secretary Steven Mnuchin said that it would be too difficult for decades-old state computer systems to customize payments for each recipient.

WHAT HAPPENED AFTER THAT?

In the weeks that followed, states struggled to process a torrent of claims. Many workers had to wait more than a month before seeing their first check.

By early May, all 50 states were paying out the additional $600 on top of their standard benefits. Researchers have found that the extra cash has enabled low-income households to keep spending levels near pre-pandemic levels, boosting the broader economy.

But they also estimate that two out of three recipients could collect more than they did on the job.

Unemployment levels remain high. A staggering 32 million people were receiving benefits in the first week of July, according to U.S. Labor Department, compared to 1.7 million a year ago.

Democrats and Republicans both say they want to continue enhanced payments in some form, but they are not close to reaching a deal before the benefits expire on July 31.

The Democratic-controlled House of Representatives voted in May to extend the $600 payments through Jan. 31, 2021, at a cost of $437 billion.

Republicans in the Senate say the benefit should be reduced so it does not make it more lucrative to stay at home. But they have yet to put forward a concrete proposal of their own.

Mnuchin on Thursday suggested paying 70% of workers' previous earnings - which would require new calculations from state computer systems that are still struggling to process existing claims. That approach could also provide an outsized benefit in states including Florida and Arizona, which pay out some of the lowest benefits.

Other Republican lawmakers have floated lower payments of $200 or so per week, which would be easier to implement but would still scale back support for unemployed people at a time when many are facing eviction, foreclosure and scant job prospects.