What slowdown? China's riding to the rescue of luxury brands

By Sophie Yu and Siddharth Cavale BEIJING/LONDON (Reuters) - When Tiffany & Co said this month it was sending its priciest jewellery to mainland China to reach wealthy shoppers no longer jet-setting abroad, it reflected a trend helping global luxury brands weather a Chinese economic slowdown. Well-off Chinese consumers, whose trips to fashion capitals like New York and Paris have long buttressed luxury-sector sales, are increasingly staying at home because of a weaker yuan currency which has blunted their overseas firepower. Hong Kong, another top shopping destination, has also become less appealing due to mass anti-government protests that have erupted into violence on some occasions 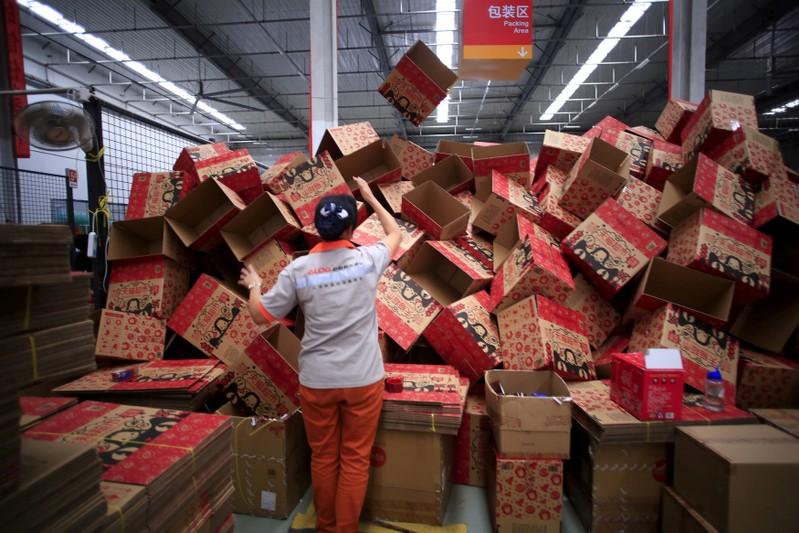 By Sophie Yu and Siddharth Cavale

Well-off Chinese consumers, whose trips to fashion capitals like New York and Paris have long buttressed luxury-sector sales, are increasingly staying at home because of a weaker yuan currency which has blunted their overseas firepower.

Hong Kong, another top shopping destination, has also become less appealing due to mass anti-government protests that have erupted into violence on some occasions.

However third-quarter earnings showed that, despite China's economic growth slowing to a three-decade low, shoppers are continuing to spend heavily on luxury - but they are doing it at home or online, with their wallets reinforced by savings on flights, hotels and other steep holiday costs.

Several large U.S. and European luxury brands reported strong demand for their goods in China, even as Beijing and Washington remain embroiled in a trade war.

Lisa, a finance worker in her late 20s, is among Chinese shoppers who are increasingly turning their eyes away from foreign shores.

"I don't feel like there is such a big gap anymore between prices overseas and at home, so when I feel like making a purchase I usually just go straight to the store these days," she told Reuters outside a Hermes outlet in Shanghai.

The French company opened its 26th boutique in China in July in Xiamen and continues to build out its e-commerce site for Chinese customers, hermes.cn, launched a year ago. Italy's Moncler is meanwhile studying expanding the size of its stores in big cities like Beijing and Shanghai.

"The whole economy is slowing down and salary growth is also slowing. So consumers who originally bought when they travelled will now buy domestically," said Iris Pang, Greater China economist at ING.

She added a cut to sales taxes this year which prompted some luxury brands to lower their prices in China could also be an attraction.

The strength in China has helped insulate luxury companies from a major financial hit from months of pro-democracy demonstrations in Hong Kong that have forced them to temporarily close shops and which have kept tourists away.

The turmoil is far from over, however, with protests in Hong Kong descending into clashes between demonstrators and police this week.

In the United States, meanwhile, Tiffany

He has sent high-end jewellery including diamond necklaces costing $1 million or more to its stores in mainland China from New York.

Emma Zhang, a 32-year-old investment analyst in Shanghai, said she was indulging more in what she said were little luxuries.

"I used to be the type to buy many cheap items, and would change them frequently," she said. "My shopping habits have changed and I've been buying things that are better quality."