By Herbert Lash and Carrie Monahan NEW YORK (Reuters) - WeWork has opened almost as many new locations in the last 3-1/2 months as it did in the whole first half of this year, likely accelerating the speed with which the office-sharing company is burning through cash as increasingly hard-nosed investors scrutinize its prospects for going public. According to a Reuters analysis of information on the company's website, WeWork had 622 sites open in 123 cities on Oct. 10 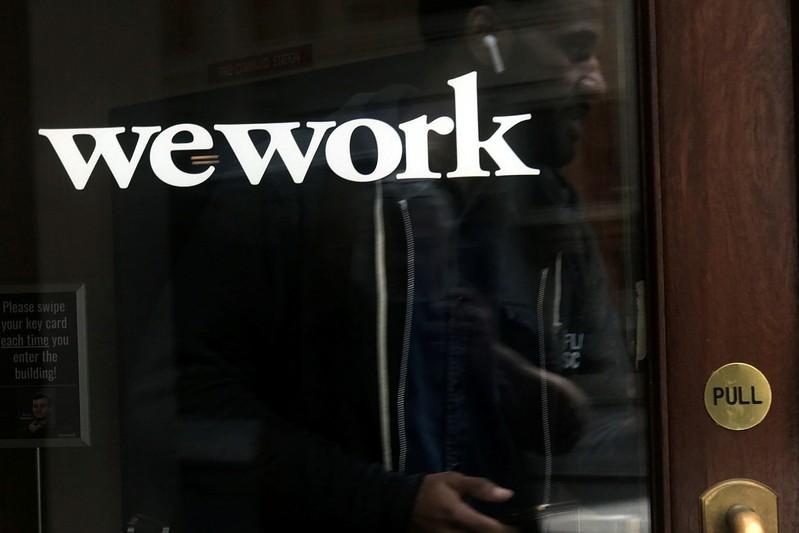 By Herbert Lash and Carrie Monahan

NEW YORK (Reuters) - WeWork has opened almost as many new locations in the last 3-1/2 months as it did in the whole first half of this year, likely accelerating the speed with which the office-sharing company is burning through cash as increasingly hard-nosed investors scrutinize its prospects for going public.

According to a Reuters analysis of information on the company's website, WeWork had 622 sites open in 123 cities on Oct. 10. That compares with its footprint of 528 locations in 111 cities on June 30 that was outlined in the prospectus for its abandoned IPO.

The website also identifies 89 sites as "coming soon" and 117 sites as "just announced" - all new locations that are yet to open.

Altogether, WeWork says on the website that it will soon have 845 locations in 125 cities, but it is unclear whether all those will still open. A WeWork spokesman declined to comment on its plans.

The quickening pace of new office openings adds to the risks for WeWork, a company that has created a global brand for its shared workspace concept but was forced to halt plans to go public on Sept. 30 because of investor concerns about how it was valued and whether its business model is sustainable.

The company is now cutting back, including laying off some employees and closing or selling entities that are not essential to its core operations as it seeks to avoid running out of cash. On Friday, WeWork said it will shut down its WeGrow private school in New York City as it pares peripheral operations. [nL2N26W0TN]

Whether the average size of a new location in the latest burst of openings is similar to those in the first half of this year is unclear. A WeWork spokesman declined to comment.

"Investors don't want to invest in a company with such a high cash-burn rate," said Gina Szymanski, a portfolio manager at real estate-focused AEW Capital Management LP in Boston. "They have got to slow their growth down and focus a little bit more on profitability."

WeWork has only about $2.5 billion of cash on hand as of June 30, according to the prospectus that was issued in August.

It will run out of money in the second quarter of next year if the company's current trajectory doesn't change, according to research by AllianceBernstein. Some media reports in recent days said it may run out of cash before the end of the year without a new lifeline.

As well as substantial costs for opening new sites, WeWork's current operations are also still big loss makers. In the year to June 30, its expenses were $2.9 billion and revenue just $1.54 billion.

WeWork has been locked in negotiations since last week with its largest shareholder, Softbank Group Corp <9984.T>, over a new $1 billion investment to help the company go through a major restructuring, according to sources familiar with discussions.

SoftBank has prepared a financing package that would give it control over WeWork and dilute the influence of co-founder Adam Neumann, said a person familiar with the matter who declined to be identified. [nL2N26Y0FF]

IFR reported banking sources as saying on Friday that WeWork is in talks with JPMorgan Chase to seek $1.75 billion in bank financing that would provide it with enough liquidity to see it through to the end of the year. Chase is in talks with other banks to syndicate the letter of credit, it said.

In addition, WeWork is in discussions with banks to issue $3.25 billion in secured and unsecured bonds with warrants, IFR added.

The leases for many of the recently opened sites would likely have been signed before August, which was when the company first became a punching bag for investors and analysts critical of how it was being valued and run.

WeWork owner, The We Company, said in the IPO document that it has mitigated expenses by refining its design and construction processes, which included investments in new technology to help WeWork quickly and efficiently develop a workspace. The new technology wasn't defined and the company declined to comment.