By Noor Zainab Hussain and Imani Moise (Reuters) - Wells Fargo & Co posted a small rise in quarterly profit on Friday that beat Wall Street estimates, as stabilizing credit costs helped buffer historic near-zero interest rates meant to prop up the ailing economy during the COVID-19 pandemic. The country's fourth-largest bank, which has been plagued by hefty costs tied to litigation over the past several years, reported a drop in overall fourth-quarter expenses. 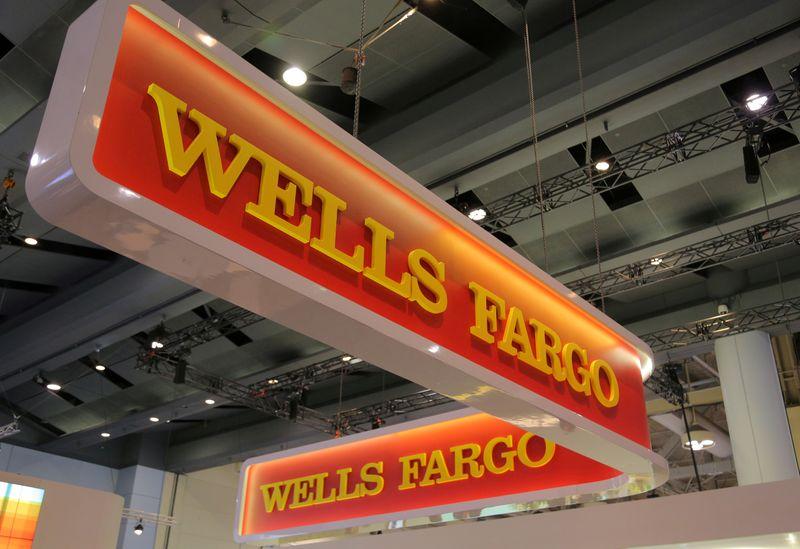 The country's fourth-largest bank, which has been plagued by hefty costs tied to litigation over the past several years, reported a drop in overall fourth-quarter expenses. But costs are still high due to a sales practices scandal that has haunted it since 2016.

Wells Fargo paid $321 million in customer remediation costs in the quarter, despite bank executives repeatedly signaling that the worst of the fallout, which has cost it billions, is in the past.

The company also took $781 million in restructuring charges as Chief Executive Officer Charlie Scharf takes tough measures to shift fortunes at the bank that he joined in 2019.

Scharf has targeted $10 billion in savings annually over the long term. The bank has also been offloading assets, including a possible sale of its asset management business to a private equity consortium.

Wells Fargo was once seen as the crème de la crème of U.S. banks: it avoided the kind of problems that Wall Street rivals encountered during the 2007-2009 financial crisis.

But it has operated under a dark cloud since 2016, when details emerged about millions of phony accounts employees had created in customers' names without their permission to hit sales targets.

There have been revelations about other customer abuses, and Wells Fargo has been unable to shake the damage caused by all the blunders.

"Our results continued to be impacted by the unprecedented operating environment and the required work to put our substantial legacy issues behind us," Scharf said in a statement.

Wells Fargo is also constrained by growth restrictions the U.S. Federal Reserve placed on its balance sheet as punishment for the sales abuses.

"There's no question that the impact on our financial performance is material in this environment," Scharf said about the asset cap it operates under.

Because the bank does not have a large capital markets business like JPMorgan Chase or Citigroup Inc - which also reported results on Friday - it has fewer ways to cushion declines in revenue from low interest rates.

Total revenue fell 10% to $17.93 billion, missing average analyst estimates, according to the IBES estimate from Refinitiv. Net-interest income fell 17% to $9.28 billion in the quarter.

Shares of Wells Fargo were down more than 7% in morning trade after the bank warned 2021 net interest income would be flat to down 4% from the annualized fourth quarter 2020 level of $36.8 billion.

Deposit growth has boomed across the industry as cautious consumers and companies save more and spend less during the pandemic. Wells Fargo added deposits at a much slower rate compared to peers.

Total deposits rose 4%, compared with a 20% jump at Citigroup and a 35% rise at JPMorgan.

Analysts had expected a profit of 60 cents on average. The bank missed estimates in the first three quarters of last year.

Costs pegged to bad loans fell $823 million compared to last year and remained far below the level seen in the first half of the year when the bank racked up more than $14 billion in provision expenses.