By Lucia Mutikani WASHINGTON (Reuters) - The number of Americans filing for jobless benefits dropped to a near four-month low last week, but a record 32.9 million people were collecting unemployment checks in the third week of June, supporting expectations the labor market would take years to recover from the COVID-19 pandemic. Economists cautioned against reading too much into the bigger-than-expected decline in jobless claims reported by the Labor Department on Thursday, noting that the period included the July 4 Independence Day 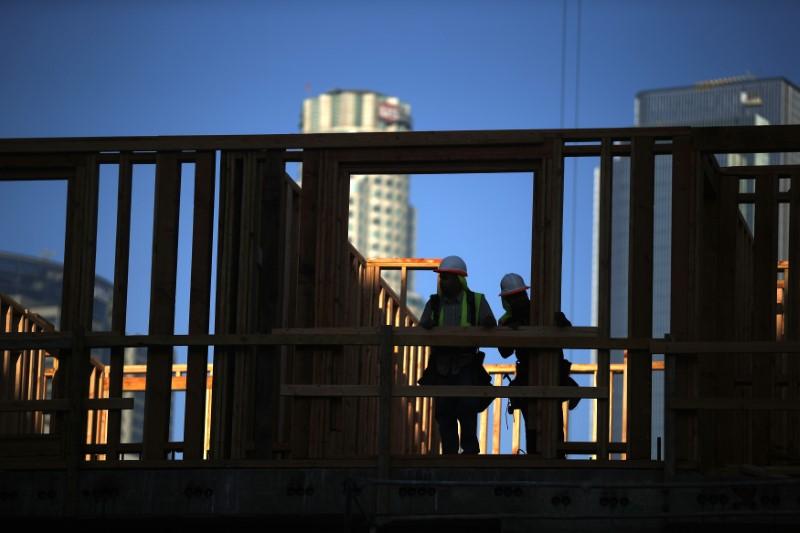 WASHINGTON (Reuters) - The number of Americans filing for jobless benefits dropped to a near four-month low last week, but a record 32.9 million people were collecting unemployment checks in the third week of June, supporting expectations the labor market would take years to recover from the COVID-19 pandemic.

Economists cautioned against reading too much into the bigger-than-expected decline in jobless claims reported by the Labor Department on Thursday, noting that the period included the July 4 Independence Day. Claims data are volatile around holidays.

Large parts of the country, including the densely populated states like Florida, Texas and California are struggling with record spikes of new coronavirus cases, which have forced authorities to scale back or pause reopenings of businesses, and sending some workers home again. Bankruptcies are rising amid weak demand and businesses have exhausted government loans which had enabled them to keep workers on their payrolls.

Initial claims for state unemployment benefits dropped 99,000 to a seasonally adjusted 1.314 million for the week ended July 4. The 14th straight weekly decline pushed claims to their lowest level since mid-March when nonessential businesses were closed to slow the spread of the respiratory illness.

Claims peaked at a historic 6.867 million in late March. They remain roughly double their highest point during the 2007-09 Great Recession. Economists polled by Reuters had forecast 1.375 million applications in the latest week.

Including a program funded by the government, 2.4 million people filed claims last week. There were big declines in unemployment insurance applications in Georgia, California and Florida, despite the resurgence in coronavirus infections. Texas, however, reported a surge in filings.

Stocks on Wall Street were lower. The dollar edged up against a basket of currencies. U.S. Treasury prices rose.

The number of people receiving benefits after an initial week of aid dipped 698,000 to 18.062 million in the week ending June 27. These so-called continued claims, which are reported with a one-week lag, topped out at a record 24.912 million in early May.

Economists attribute the decrease in continuing claims to the government's Paycheck Protection Program, which provides businesses loans that can be partially forgiven if used for wages. The rehiring of workers at establishments like restaurants, bars, gyms and dental offices is also helping.

The government reported last week that 4.8 million jobs were created in June, the most since record-keeping started in 1939.

But the boost from the PPP program is fading, even though the government has extended the deadline to Aug. 8 for small businesses to apply for loans. A survey from the NFIB last week showed some small business owners were cutting payrolls, noting "many owners received their loans in April and will be unable to keep all their workers past June."

The economy slipped into recession in February. From retailers to airlines, companies have announced job cuts and furloughs. Major retailers like Brooks Brothers, J.C. Penney, J. Crew and Neiman Marcus have filed for bankruptcy.

"When the country was experiencing the first wave of the pandemic earlier this year, the bulk of business bankruptcies were smaller companies which didn't have the financial wherewithal to survive the initial shock-downturn," said Bill Greiner, chief economist at Mariner Wealth Advisors in Leawood, Kansas.

There were 32.9 million people receiving unemployment checks under all programs in the third week of June, up 1.411 million from the middle of the month. Economists say this number, which is reported with a two-week lag offered a more accurate picture of the labor market. The initial and continuing claims data only cover the regular state unemployment programs.

The government expanded eligibility for jobless benefits to include the self-employed and contractors, among other workers who did not qualify for unemployment insurance. It also offered an extra $600 per week in unemployment compensation to cushion against the economic hardship wrought by the pandemic.

This extra benefit expires on July 31 and economist warned that could undercut the nascent economic recovery.

"We have entered a period of rising uncertainty about the state of the recovery and companies are not stupid," said Joel Naroff, chief economist at Naroff Economics in Holland, Pennsylvania. "Facing an inability to forecast future demand, the best thing to do is hire cautiously, if at all, or allow payrolls to decline organically."