'We will ask for the ouster of Ola and Uber from Delhi': Rakesh Agarwal of Magic Sewa

Rakesh Agarwal, CEO, Magic Sewa, an online aggregator of cabs in Delhi-NCR, is the person who filed a petition against app-based cab aggregators in Delhi. He said in his petition that cab aggregators were violating Section 67 of the Motor Vehicles Act (MVA), 1988 by resorting to surge pricing. Surge pricing is when fares are hiked when the demand for taxis far exceeds supply. 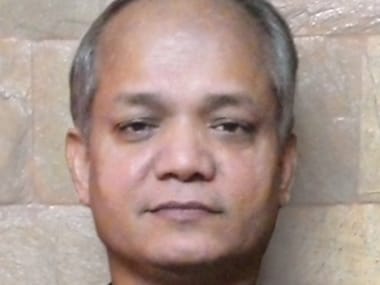 Why are you against taxi aggregators?

I want everyone to follow the law. Our grievance is not with minimum fare. The Motor Law Act says that fixing of fares cannot be done only in the interest of consumers. The interest of taxi permit holders must be safeguarded, too. The government must ensure that there is no conflict with the latter and that there is no uneconomical competition. It is up to the government to decide on minimum fares. This is a fit case where the regulator should step in. It is also a case of anti trust. Unfortunately, Competition Commission of India (CCI) is not proactive and only acts on complaints, which also takes years.

Are you against private operators running businesses?

Not at all. Private businesses should run and flourish. They should have the flexibility but they cannot circumvent the law of the land as Ola and Uber are doing. They run diesel vehicles, do not have licences and are not concerned with maintaining the vehicles. Hence, the onus to comply with rules is on the owners of these vehicles.

What is your grievance?

Section 4 of the Competition Act 2002 says that if a company in a dominant position indulges in unfair and discriminatory practices -- that is defined as predatory pricing. Predatory pricing is explained as the sale of goods or provision of services at a price that is below the cost. Ola and Uber are buying rides from the drivers at Rs 25 a km and selling it for Rs 15 a km and giving the rest of the money as incentives to drivers. They don’t pay insurance or maintenance charges and use this money to bribe drivers. No wonder they need billions of dollars to run their business. Selling at a loss is against section 4 of the Competition Act.

So will you go back to the Competition Commission of India?

The processes are so arduous with the CCI. An interim order takes at least a year. Fast Track Cab, a company in Chennai with an office in Bangalore, had filed a case with the CCI in February last year but it is still pending.

What is your next plan of action?

Every auto and kaali peeli driver in Delhi is frustrated with Arvind Kejriwal, the Chief Minister of Delhi. The auto rickshaw drivers were crucial in the AAP party’s victory. I know Arvind for over 17 years and had mobilised autorickshaw drivers for him. However, he has not paid any attention to our grievances. We will mobilise drivers of autorickshaws, kaali peeli and tourist taxis too and do an andolan which will rake up every issue that is preventing our business in the state.

We will ask for the ouster of Ola and Uber from Delhi. Their services should be stopped and they should be prosecuted. For every trip they have undertaken and will do so in future, a challan should be made. When it goes to court, they should be charged Rs 5,000 for one section and Rs 3,000 in another. I have had three meetings with the drivers and in the next 10 days will organise another one. There is no other choice as the judiciary is slow.

What is your take on the services of the kaali peeli taxis and autos?

I agree that the service is poor and the conduct of some drivers are really bad, besides overcharging of customers in some cases. But we are not defending that. Criminals behind bars also have rights that need to be protected. What we are asking for is that the government should stop illegal operations. If an auto driver does not comply with the law, he is prosecuted. But what about Ola and Uber? The law seems to be benefit them. The Delhi High Court’s decision is only for Delhi, but the judgment can be cited by other states if anyone wants to fight for drivers of local transport services.

Why did your company suspend operations?

We were not paying the drivers from our pocket as it makes no sense.