By April Joyner NEW YORK (Reuters) - U.S. stocks are rallying, but so too is Wall Street's 'fear gauge,' in an unusual twist. The Cboe Volatility Index was set for a second week of gains, despite a drop on Friday, even as the benchmark S&P 500 has climbed nearly 3% for the week. 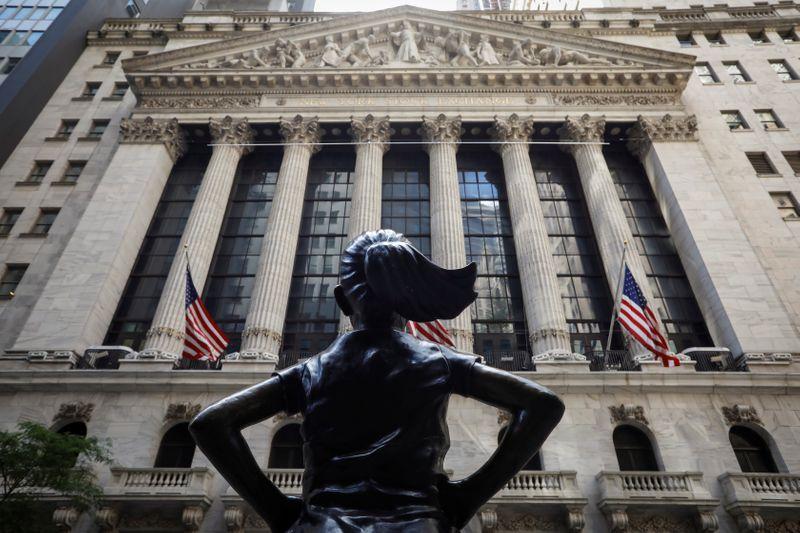 NEW YORK (Reuters) - U.S. stocks are rallying, but so too is Wall Street's "fear gauge," in an unusual twist.

The Cboe Volatility Index <.VIX> was set for a second week of gains, despite a drop on Friday, even as the benchmark S&P 500 <.SPX> has climbed nearly 3% for the week. That is a departure from typical activity, in which the VIX falls as stocks rise.

Yet steep climbs higher can also contribute to greater volatility. The S&P 500 is on track for nearly a 7% monthly gain, exceeding the expectations priced into options, said Christopher Murphy, co-head of derivatives strategy at Susquehanna Financial Group. The steady rise in stocks has spurred purchases of upside calls on the benchmark index, which in turn are lifting the VIX.

"Just because (the S&P 500) is up doesn't mean there isn't volatility," Murphy said.

The Fed will now aim for 2% inflation on average, so that periods of too-low inflation would likely be followed by an effort to lift inflation moderately above that level. As a result, the central bank is likely to keep rates near zero, thereby supporting equities.

"That gave the green light to put bets on the upside," Thompson said.

Longer-term, however, downside concerns for the overall market may also keep the VIX bid up. Some investors have pointed to concerns that a narrow group of tech-related stocks such as Apple Inc

"If election volatility stays at that level, you could see the VIX marching higher," Murphy said.