By Devik Jain and Shreyashi Sanyal (Reuters) - Wall Street's main indexes tumbled to their lowest in nearly seven weeks on Monday, with the Dow shedding as much as 900 points, as worries about fresh coronavirus-driven lockdowns spilled over from Europe. The CBOE Market Volatility index, a measure of investor anxiety, shot up to its highest level in nearly two weeks amid uncertainty caused by the death of U.S. 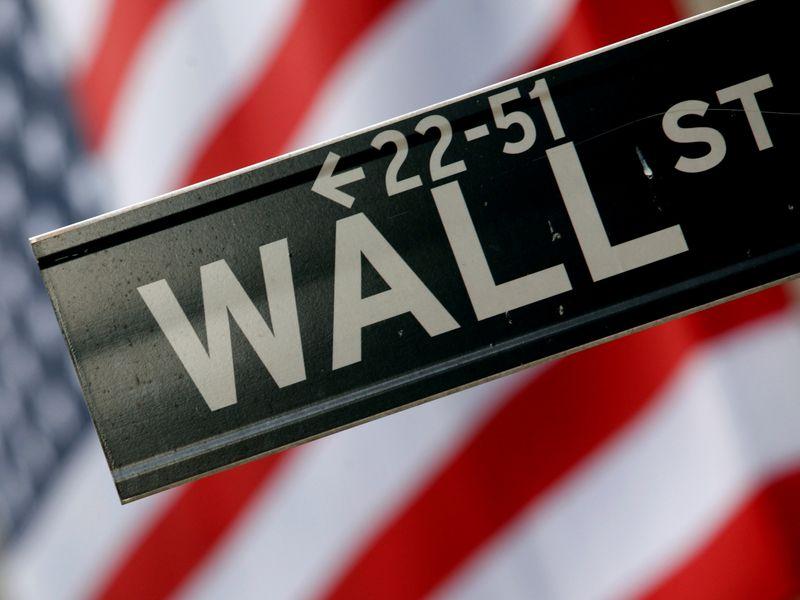 (Reuters) - Wall Street's main indexes tumbled to their lowest in nearly seven weeks on Monday, with the Dow shedding as much as 900 points, as worries about fresh coronavirus-driven lockdowns spilled over from Europe.

The CBOE Market Volatility index, a measure of investor anxiety, shot up to its highest level in nearly two weeks amid uncertainty caused by the death of U.S. Supreme Court Justice Ruth Bader Ginsburg.

Analysts said the chances of another fiscal stimulus package from Congress to help lift the domestic economy from a recession had become grim following her death.

"It just kind of crowds out the agenda, the idea that we are going to get a fiscal stimulus package before the election," said Ed Campbell, portfolio manager and managing director at QMA in Newark, New Jersey.

"There is also just general election related jitters ... and possibly that we have a contested or delayed outcome."

Congress has for weeks remained deadlocked over the size and shape of a fifth coronavirus-response bill, on top of the approximately $3 trillion already enacted into law.

Healthcare providers came under pressure on uncertainty over the Obamacare case, with shares of Universal Health Services falling more than 11%.

Ginsburg's death can lead to a tie vote when the Supreme Court hears the challenge to the constitutionality of the Affordable Care Act (ACA) in November, brokerage Mizuho said.

Wall Street has tumbled in the past three weeks as investors dumped heavyweight technology-related stocks following a stunning rally that returned the S&P 500 and the Nasdaq to record highs.

Another round of business restrictions will threaten a nascent recovery in the wider economy and add further pressure on equity markets, analysts said. The first round of lockdowns in March had led the S&P 500 to suffer its worst monthly decline since the global financial crisis. [US/]

In contrast to last week's trend, declines were led by value-oriented sectors such as industrials, energy and financials as opposed to technology stocks.

Airline, hotel and cruise companies tracked declines in their European peers as the UK signalled the possibility of a second national lockdown. Europe's travel and leisure index marked its worst two-day drop since April.

JPMorgan Chase & Co and Bank of New York Mellon Corp fell 4.4% and 5.6%, respectively, on reports that several global banks moved large sums of allegedly illicit funds over nearly two decades despite red flags about the origins of the money.

Nikola Corp plunged 18.2% after its founder Trevor Milton stepped down as executive chairman following a public squabble with a short-seller over allegations of nepotism and fraud.

General Motors Co, which said it would take an 11% stake in the electric truck maker, slipped 5.7%.

(Reporting by Devik Jain and Shreyashi Sanyal in Bengaluru; Editing by Sagarika Jaisinghani and Anil D'Silva)