By Sinéad Carew (Reuters) - Wall Street's three major indexes tumbled on Friday and the Dow confirmed a correction as weak data from China and Europe stoked fears of a global economic slowdown, while Johnson & Johnson shares were the biggest drag after Reuters reported the company knew for decades that its Baby Powder contained asbestos. The S&P 600 small cap index confirmed it was in a bear market after closing 20.05 percent below its Aug. 31 peak, falling 1.6 percent on the day. 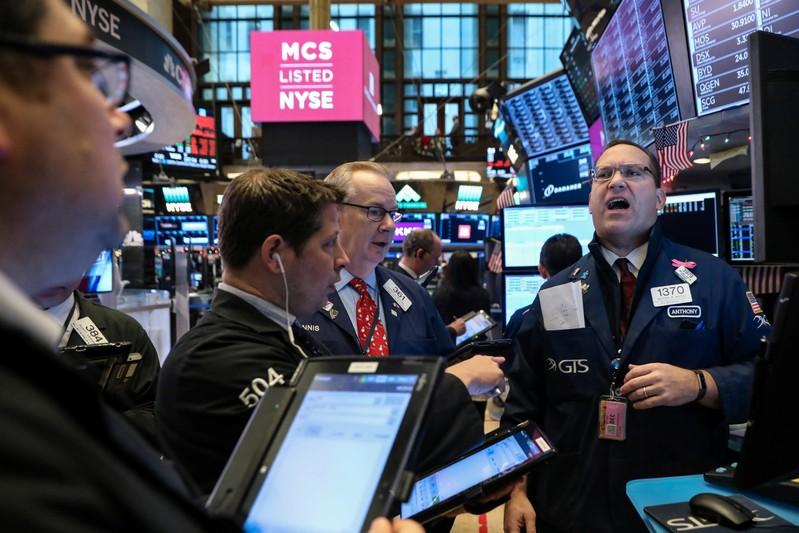 (Reuters) - Wall Street's three major indexes tumbled on Friday and the Dow confirmed a correction as weak data from China and Europe stoked fears of a global economic slowdown, while Johnson & Johnson shares were the biggest drag after Reuters reported the company knew for decades that its Baby Powder contained asbestos.

"Weakness showing through in the Chinese economy in terms of the numbers that were reported as a result of the ongoing trade war was certainly a concern that bleeds into global growth concerns," said Ryan Larson, head of U.S. equity trading at RBC Global Asset Management in Chicago.

Larson also pointed to concerns about a Reuters poll of economists which found the risk of a U.S. recession in the next two years rose to 40 percent and found a significant shift in expectations toward fewer 2019 Federal Reserve interest rate rises.

And with Friday's close the losses inflicted by the correction are deeper than the declines suffered earlier this year.

"Solid fundamental data that gets to the core of the U.S. economy is overshadowed by the potential for a global slowdown washing up on our shores," said Phil Blancato, chief executive of Ladenburg Thalmann Asset Management in New York but he said the sell off was buying opportunity.

The market struggled all week with choppy trading, on concerns ranging from U.S.-China trade talks, interest rates and a flattening U.S. Treasury yield curve and the shape of Brexit.

Investors appeared to shrug off Beijing's announcement it would suspend additional tariffs on U.S.-made vehicles and auto parts for three months starting Jan. 1.

Declining issues outnumbered advancing ones on the NYSE by a 3.61-to-1 ratio; on Nasdaq, a 3.17-to-1 ratio favoured decliners.

On U.S. exchanges 7.89 billion shares changed hands compared with the 7.97 billion-share average for the last 20 sessions.