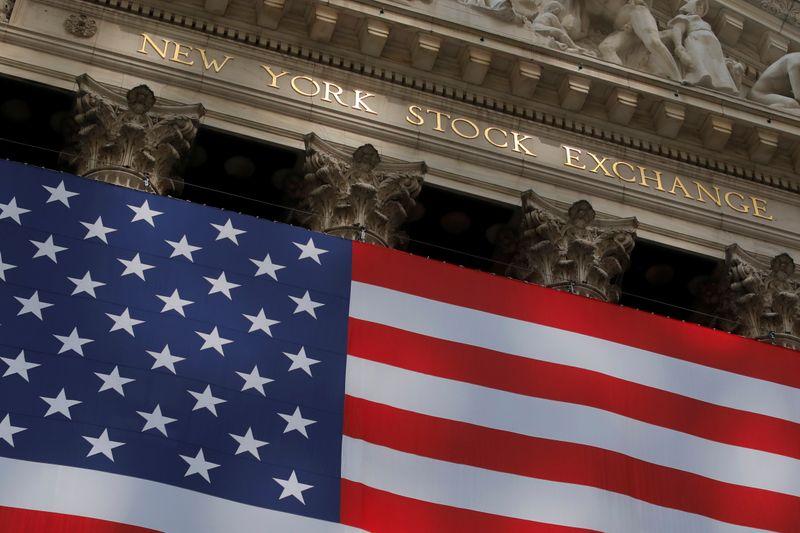 U.S. House of Representatives Speaker Nancy Pelosi said she hoped to resolve the "appropriations piece" of the aid bill later in the day.

Pelosi and Treasury Secretary Steven Mnuchin are also scheduled to hammer out details of the relief package, that could be in the range of $2.2 trillion, later on Wednesday.

However, Senate Majority Leader McConnell does not want to bring a large coronavirus

aid bill to the Senate floor before the election, a senior Republican aide said.

"There is no clarity whether even if they come to an agreement, it would get through the Senate with Senate Leader McConnell," said Thomas Hayes, managing member at Great Hill Capital Llc in New York.

President Donald Trump and Democratic challenger Joe Biden will face off in their second and final debate on Thursday night where Trump will attempt to change the trajectory of a race that Biden is leading, according to national polls.

Seven of the 11 major S&P sectors were lower, with consumer discretionary stocks weighing the most on S&P 500.

Snap Inc surged 33.1% after the Snapchat messaging app owner beat user growth and revenue forecasts, as more people signed up to chat with friends and family during the COVID-19

Gains in Facebook and a 2.7% rise for Google-parent Alphabet Inc lifted the communication services sector by 1.5%.

Netflix Inc kicked off earnings from the Big Tech club, and was down 6.5% after it missed expectations for subscriber growth as streaming competition increased and live sports returned to television.

Of the 84 S&P 500 firms that have reported third-quarter results, 85.7% have topped expectations for earnings, according to IBES Refinitiv data.

The U.S. central bank's "Beige Book" report, a snapshot of the economy gleaned from discussions with business contacts, is scheduled to be released at 2 p.m. ET (1800 GMT).

Electric-car maker Tesla Inc rose 1.5% as investors geared up for its quarterly report after the closing bell.

The S&P index recorded 19 new 52-week highs and no new low, while the Nasdaq recorded 50 new highs and 22 new lows.