By Amy Caren Daniel (Reuters) - Wall Street slid 1 percent on Monday, weighed down by retailers and health stocks and after DoubleLine's Jeffrey Gundlach said U.S. equities are in a long-term bear market and that the Federal Reserve should not raise rates this week. Gundlach, Chief Executive Officer of DoubleLine Capital and known on Wall Street as the Bond King, in comments made on CNBC also said that passive investing had reached 'mania status' and will exacerbate market problems 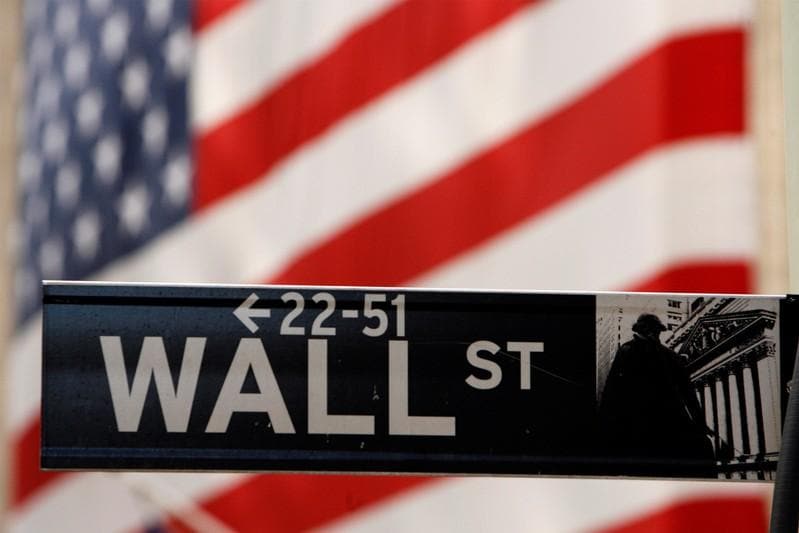 (Reuters) - Wall Street slid 1 percent on Monday, weighed down by retailers and health stocks and after DoubleLine's Jeffrey Gundlach said U.S. equities are in a long-term bear market and that the Federal Reserve should not raise rates this week.

Gundlach, Chief Executive Officer of DoubleLine Capital and known on Wall Street as the Bond King, in comments made on CNBC also said that passive investing had reached "mania status" and will exacerbate market problems.

The comments pushed U.S. equities back to session lows and killed off an attempted recovery.

"He (Gundlach) is not exactly painting a sunny picture for 2019," said Kim Forrest, senior portfolio manager at Fort Pitt Capital Group in Pittsburgh.

After Gundlach's comments, the S&P financial index <.SPSY> gave up earlier gains to trade flat. It was the best performing among the 11 major S&P sectors. Banks <.SPXBK>, however, held on to gains of 0.25 percent.

Gundlach said the Fed should not raise rates this week, as is widely expected, after already changing messaging on rate hikes to stabilise stocks. Earlier, President Donald Trump criticized the Fed for "even considering" another hike.

"Because of the profit warning, there is an overall question of holiday spending" in the United States, said Forrest.

The S&P healthcare index <.SPXHC> dropped 1.34 percent after a federal judge on Friday ruled that the Affordable Care Act, commonly known as Obamacare, was unconstitutional based on its mandate requiring people buy health insurance.

All the 11 major S&P sectors were lower. Monday's swings are the latest example of volatility that has plagued U.S. stocks for most of this month amid worries about slowing global growth.

"I still think there are just too many worries out there and the biggest worry is that global economy is slipping," said Peter Cardillo, chief market economist at Spartan Capital Securities in New York.

"Growth is slowing means earnings are going to slow. We are okay in this quarter and the first quarter of 2019, but after that I think earnings is going to be a problem for the market."

The S&P recorded one new 52-week highs and 100 new lows, while the Nasdaq recorded seven new highs and 432 new lows.