By Stephen Culp NEW YORK (Reuters) - Wall Street closed at record highs on Wednesday as news that the coronavirus outbreak could be running out of steam kept buyers in the ring. Technology shares led the broad-based rally, which pushed all three major U.S. stock averages to fresh highs. 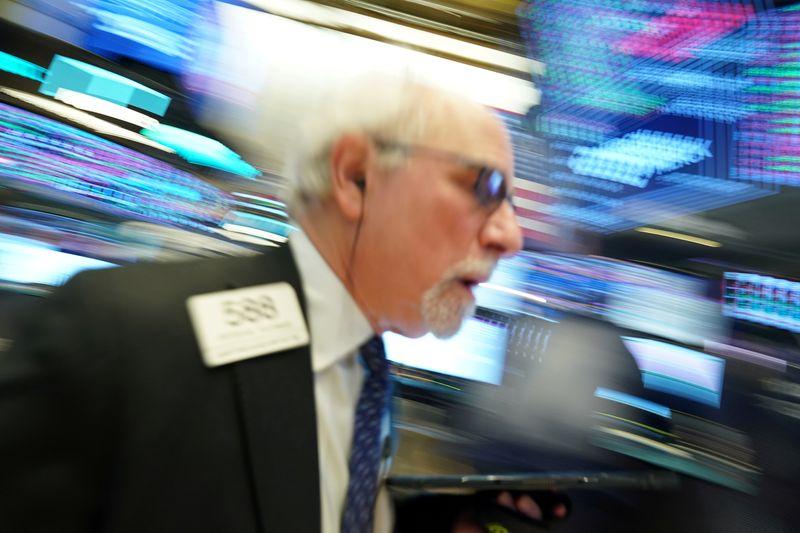 NEW YORK (Reuters) - Wall Street closed at record highs on Wednesday as news that the coronavirus outbreak could be running out of steam kept buyers in the ring.

Technology shares led the broad-based rally, which pushed all three major U.S. stock averages to fresh highs. The S&P 500 and the Nasdaq have now set closing highs for three consecutive sessions. The Dow reached its most recent closing record on Feb 6.

China reported its lowest number of new coronavirus cases in two weeks, the day after Beijing's senior Chinese medical adviser said the epidemic could be over by April.

"Obviously, the market is relieved over the fact that it appears that new cases of the coronavirus seem to be dwindling," said Peter Cardillo, chief market economist at Spartan Capital Securities in New York.

The outbreak has spooked investors amid quarantines, supply-chain disruptions and factory shutdowns, and the World Health Organization (WHO) warned that the apparent slowdown in the epidemic's spread should be viewed with "extreme caution."

Market participants paid heed to U.S. Federal Reserve Chair Jerome Powell as he wrapped up his semiannual economic report before Congress, during which he said the central bank was closely monitoring the coronavirus and other threats.

"Chairman Powell stuck to his script, and that was also good news for the market," Cardillo added. "(He) reassured the market that the Fed is there, willing and ready, if need be, to stimulate the economy."

Indeed, Powell reiterated his confidence in the sustainability of the current U.S. economic expansion, now in its 11th year.

Of the 11 major sectors in the S&P 500, all but consumer staples <.SPLRCS> ended the session in the black, with energy <.SPNY>, technology <.SPLRCT> and consumer discretionary <.SPLRCD> posting the largest percentage gains.

Fourth-quarter reporting season is over the hump, with 351 companies in the S&P 500 having posted results. Of those, 70.9% have surprised analyst expectations to the upside, according to Refinitiv data.

Aggregate fourth-quarter earnings are now seen growing at an annual rate of 2.4%, a turnaround from the 0.3% year-on-year decrease forecast on Jan 1.

Advancing issues outnumbered declining ones on the NYSE by a 1.69-to-1 ratio; on Nasdaq, a 1.67-to-1 ratio favoured advancers.

Volume on U.S. exchanges was 7.40 billion shares, compared with the 7.66 billion-share average over the last 20 trading days.

Serbian leader fires back at Moscow after 'Basic Instinct' jibe

MOSCOW/BELGRADE (Reuters) - Serbia's president accused Moscow on Sunday of stooping to "primitivism and vulgarity" in an attack on him, after Russia's foreign ministry spokeswoman compared him to the actor Sharon Stone in an explicit film scene. Serbia is Moscow's closest ally in the Balkans, but President Aleksandar Vucic has long annoyed Russia by seeking better ties with the West

LONDON (Reuters) - The sharp rise in COVID-19 cases in Britain of 2,988 recorded on Sunday, the highest jump since May, was "concerning", Health Secretary Matt Hancock said, although he added that the majority were younger people. "The rise in the number of cases that we've seen today is concerning," he said. "The cases are predominately among younger people, but we've seen in other countries across the world and in Europe this sort of rise in the cases amongst younger people leading to a rise across the population as a whole." He said everybody had to follow social distancing rules to prevent the spread of infections.