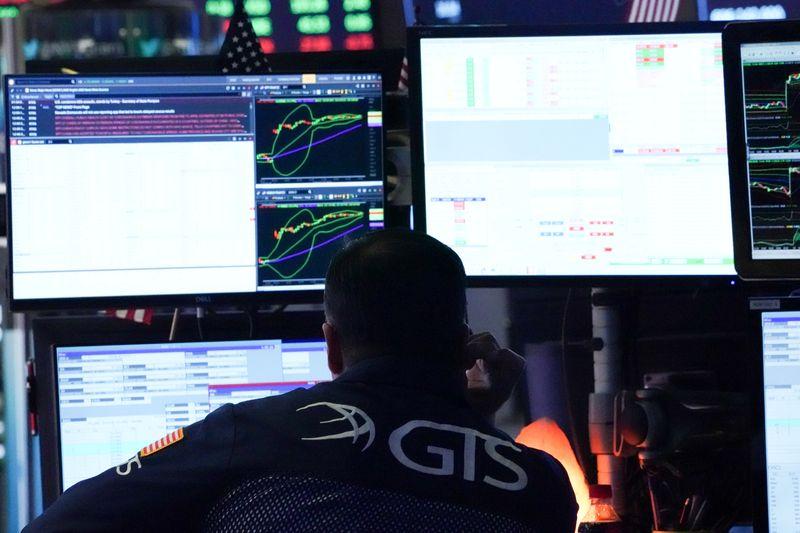 (Reuters) - Wall Street rallied for a third straight day on Wednesday after a clutch of positive data painted a stronger picture of the U.S. economy but the Nasdaq pulled back from record levels as losses in Tesla shares weighed.

"There is increasing recognition that the consumer is remarkably resilient," said Elliott Savage, portfolio manager of the YCG Enhanced Fund.

"Growth is still decent, and if you're looking around to put your money, stock market is just a much more attractive place than government bonds."

Wall Street has more than recovered last week's steep losses after China's move to boost liquidity to limit the economic impact of the virus outbreak eased some worries about growth.

The country's central bank is likely to lower its key rate on Feb. 20, sources told Reuters, as the death toll from the epidemic climbs to nearly 500.

Earlier in the day, stock index futures got a boost after a report that a Zhejiang University team had found some drugs that could inhibit the coronavirus in vitro cell experiments.

However, the World Health Organization played it down, saying "there are no known effective therapeutics against this 2019-nCoV (virus)".

Ten of the 11 major S&P sectors were higher, led by a 3.4% gain in energy stocks which tracked a jump in oil prices.

Tesla Inc dropped 14.1% after a six-day run that saw its shares surge about 60%.

The S&P index recorded 62 new 52-week highs and no new lows, while the Nasdaq recorded 110 new highs and 18 new lows.

(Reporting by Medha Singh in Bengaluru; Editing by Anil D'Silva and Arun Koyyur)