By Uday Sampath Kumar and Shreyashi Sanyal (Reuters) - Wall Street rose for the third time in four days on Thursday as the U.S. Federal Reserve rolled out a massive $2.3 trillion program to bolster local governments and businesses hammered by the coronavirus outbreak 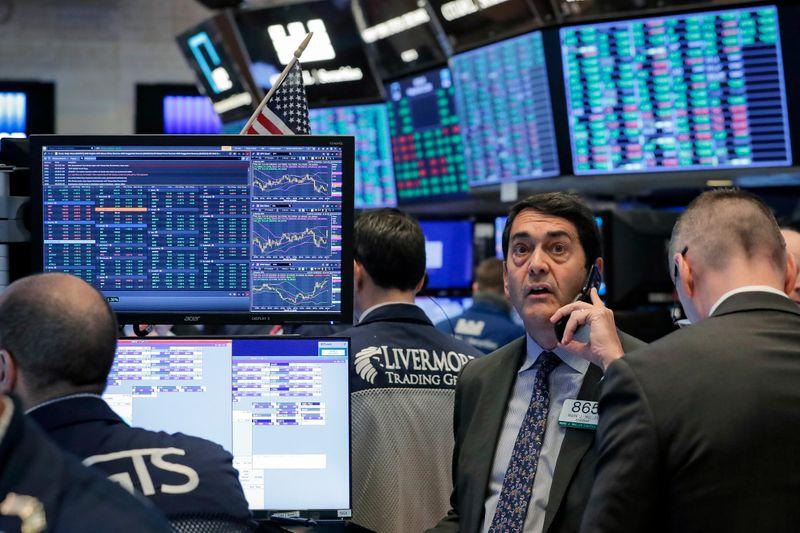 (Reuters) - Wall Street rose for the third time in four days on Thursday as the U.S. Federal Reserve rolled out a massive $2.3 trillion program to bolster local governments and businesses hammered by the coronavirus outbreak.

In what is likely to be its largest rescue effort ever, the Fed said it would work with banks to offer 4-year loans to companies of up to 10,000 employees and directly buy bonds of states and more populous counties and cities.

"(The Fed's move) should give some confidence to investors, that the risks this time around are maybe not the same as the risks in the financial crisis," said Randy Watts, chief investment officer at O'Neil Global Advisors.

"While this rally has been impressive, the market probably is a little bit of ahead of itself and we would not be surprised to see a pullback from here."

The S&P 500 has gained near 13% in the holiday-shortened week on early signs of the outbreak hitting a peak and aggressive global stimulus, but it remains about 17% below its record high as lockdown measures hamper business activity.

If gains hold through the day, the benchmark index would have logged its best week since October 1974.

While public health experts stressed the need to keep people apart to contain the contagion, the restrictions have strangled the economy and sparked widespread production cuts, layoffs and projections of a severe recession.

"This week brought early signs that the restrictions put in place over recent weeks are flattening the epidemic curve in the U.S.," said Michael Pearce, senior U.S. economist at Capital Economics.

"But set against that good news, there are clearer signs that the hit to employment has been harder than initially anticipated."