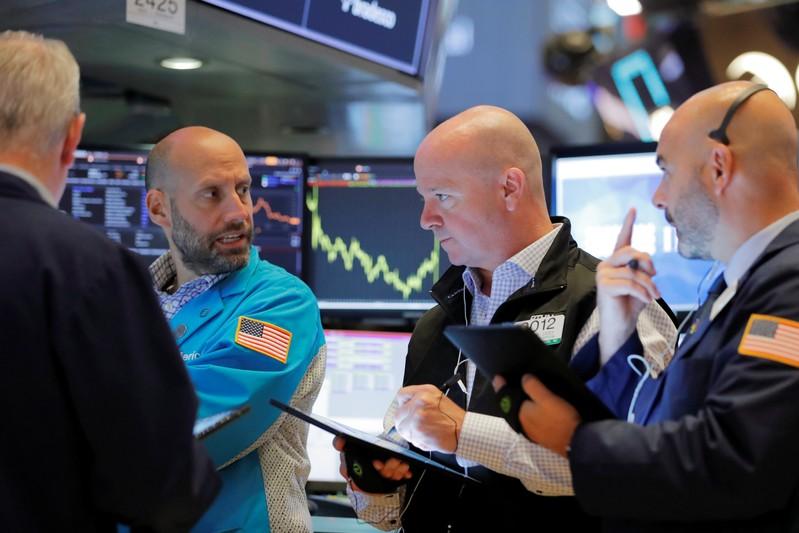 NEW YORK (Reuters) - U.S. stocks moved higher on Thursday after a slow start as comments from New York Fed President John Williams helped cement expectations for an interest rate cut from the U.S. central bank at the end of the month.

Williams said that when rates and inflation are low, policymakers cannot afford to keep their "powder dry" and wait for potential economic problems to materialise.

"He's toeing the party line at the Fed, basically implying that an insurance rate cut is the right thing to do for the economy at this point in time," said Chris Zaccarelli, chief investment officer at Independent Advisor Alliance in Charlotte, North Carolina.

Before Williams' comments, stocks had been lower as shares of Netflix Inc

Losses in Netflix triggered a 0.9% fall in the communication services sector <.SPLRCL>, which has been one of the best-performing S&P sectors so far this year.

"I think there was this assumption that no matter what happened globally that people would sit at home and watch television and tune in to Netflix," said Jack Ablin, founding partner and chief investment officer at Cresset Asset Management in Chicago. "I think that investors have viewed these large-cap growth technology companies as somewhat defensive."

"I suppose the good news is expectations were pretty low coming into this season's earnings," Ablin said. "Analysts had expected a negative decline in profit year over year and so right now it looks like the earnings results themselves are better than expected."

Profits for S&P 500 companies are expected to rise 0.6% for the second quarter of 2019, according to Refinitiv IBES data. Until Wednesday, there were expectations of a dip in earnings.

Advancing issues outnumbered declining ones on the NYSE by a 1.22-to-1 ratio; on Nasdaq, a 1.23-to-1 ratio favored advancers.

Volume on U.S. exchanges was 6.68 billion shares, compared with the 6.67 billion average for the full session over the last 20 trading days.