By Uday Sampath Kumar and C Nivedita (Reuters) - The S&P 500 extended its run of record highs for the seventh straight session on Friday, its longest streak in over two years, as investor optimism continued on improving U.S.-China trade relations and strength in domestic consumer spending. 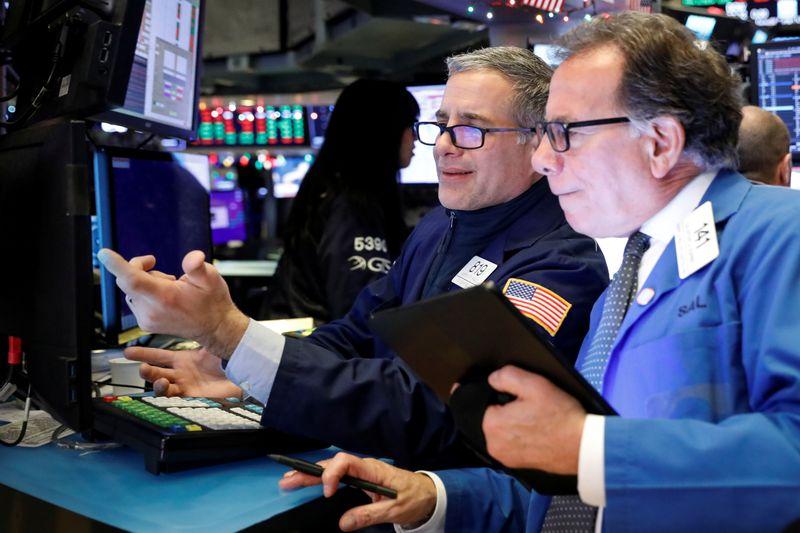 (Reuters) - The S&P 500 extended its run of record highs for the seventh straight session on Friday, its longest streak in over two years, as investor optimism continued on improving U.S.-China trade relations and strength in domestic consumer spending.

All three major stock indexes were on pace to end the week at record levels, boosted by the announcement of an initial U.S.-China trade agreement last Friday and upbeat economic indicators.

U.S. President Donald Trump tweeted on Friday he "Had a very good talk" with Chinese President Xi Jinping about the long-awaited deal.

Trump's comments came a day after U.S. Treasury Secretary Steven Mnuchin said the treaty would be signed in early January, dispelling fears of another escalation in the tariff dispute.

"What investors like is that we seem very, very close to signing a phase one deal," said Michael Geraghty, equity strategist at Cornerstone Capital Group.

"The details will be important and interesting, but I think for investors, what's important right now is that finally China and the U.S. seem to be on the same page."

Consumer spending, a major focus for investors as the key to U.S. economic growth, rose 0.4% last month, adding to a string of upbeat data that have helped put behind recession fears, which had dogged markets earlier this year.

Markets are likely to be volatile on Friday due to "quadruple witching," where investors unwind positions in futures and options contracts before their expiration.

(Reporting by Uday Sampath and C Nivedita in Bengaluru; Editing by Saumyadeb Chakrabarty and Shounak Dasgupta)