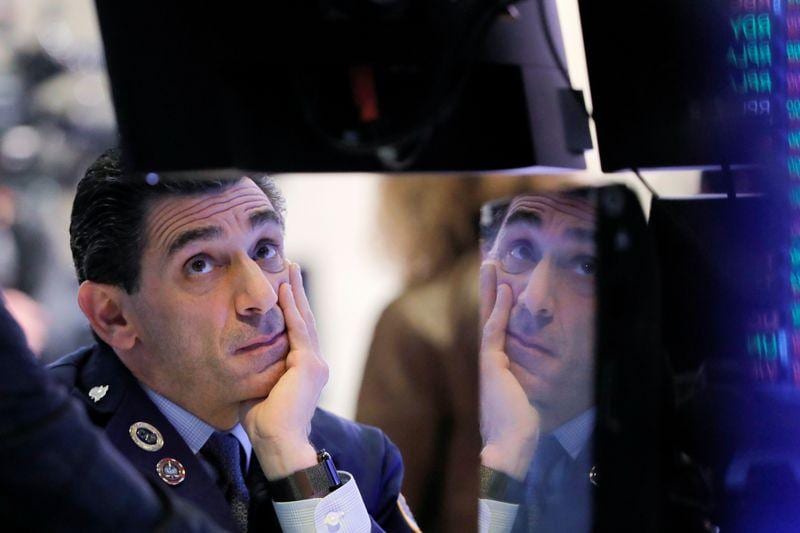 All three major U.S. stock averages opened sharply lower in a plunge so steep it triggered a trading halt due to safeguards put in place to avoid a repeat of 1987's "Black Monday" crash. The Dow dropped a record 2,000 out of the starting gate.

S&P 500 was on track for its largest one-day percentage drop since December 2008, the height of the financial crisis.

The index is now about 18% below its all-time high set on Feb. 19. A bear market is confirmed when stocks reach 20% below record peak.

"It's a perfect storm," said Chris Zaccarelli, chief investment officer at Independent Advisor Alliance in Charlotte, North Carolina. "You've got a lot of uncertainty in terms of how far the virus will spread in the U.S. You layer onto this the oil price cut."

"Today is all about oil being the straw that broke the camel's back," Zaccarelli added.

"There's a lot of fear in the market and if the price of oil continues to move lower it's an indication that a global recession is not far away," Cardillo said.

The CBOE Volatility index <.VIX>, a gauge of investor anxiety, touched its highest level since December 2008.

The rout began over the weekend when the oil supply pact between Saudi Arabia and Russia collapsed and both countries vowed to hike production amid weakening global demand due to the coronavirus and signs of an economic slowdown.

Oil prices crashed to their lowest since the 1991 Gulf war, with Brent crude futures

Global markets were already on edge as worldwide confirmed cases of COVID-19 surged past 110,000, causing widespread supply disruption and large scale quarantine measures as governments scramble to contain the outbreak.

All 11 major sectors of S&P 500 were deep in red territory, with energy and financial <.SPSY> stocks suffering the largest percentage losses.

Chipmakers set a path for their largest drop since January of last year, with the Philadelphia SE Semiconductor index falling 7.8%.

Declining issues outnumbered advancing ones on the NYSE by a 18.82-to-1 ratio; on Nasdaq, a 19.48-to-1 ratio favored decliners.