By Medha Singh (Reuters) - U.S. stocks fell on Friday as oil prices plunged to their lowest in more than a year, dragging down energy shares, while U.S.-China trade talks at the G20 summit next week kept investors on edge in a truncated trading session 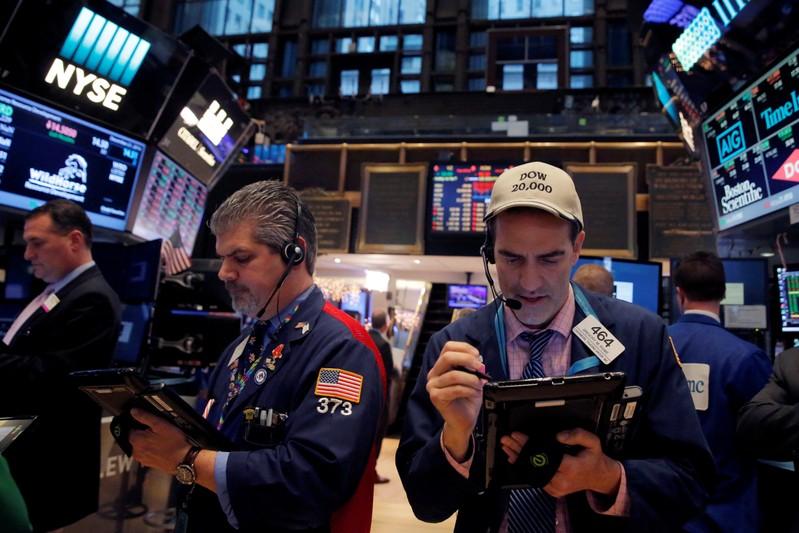 (Reuters) - U.S. stocks fell on Friday as oil prices plunged to their lowest in more than a year, dragging down energy shares, while U.S.-China trade talks at the G20 summit next week kept investors on edge in a truncated trading session.

Benchmark Brent crude was down more than 6 percent on mounting concerns over rising global surplus, even as producers considered cutting output to curb supply.

That pressured the S&P energy index, which fell 3.4 percent, the most among the 11 major S&P sectors.

The energy sector has lost 16.5 percent since the beginning of October, making it the worst performing S&P sector during the period and putting it on pace for its biggest two-month drop since September 2011.

"If we get clarity on any of these - oil prices, trade war with China and the Federal Reserve's rate of monetary policy tightening - we could go a long way towards making investors comfortable in investing in the market," said Neil Massa, senior equity trader at Manulife Asset Management in Boston.

Volumes were light, Massa pointed out. The U.S. stock market will close at 1 p.m. ET (1800 GMT) after being shut for the Thanksgiving holiday on Thursday.

Investors will be focusing on the G20 summit in Buenos Aires, where U.S. President Donald Trump and his Chinese counterpart Xi Jinping are expected to hold talks amid a worsening trade dispute between the two countries that has weighed on financial markets and sparked fears of a global slowdown.

The high-stakes meeting comes as the Trump administration shows little sign of backing down in its demands and rhetoric. Chinese Vice Commerce Minister Wang Shouwen said on Friday that trade talks should be equal and mutually beneficial.

Adding to worries, the Wall Street Journal reported that the U.S. government was trying to persuade wireless and internet providers in allied countries to avoid telecommunications equipment from China's Huawei Technologies.