By Amy Caren Daniel (Reuters) - U.S. stocks were well off session lows on Friday afternoon, with the S&P retreating from correction levels, helped by a sharp recovery in Alphabet and data showing the U.S 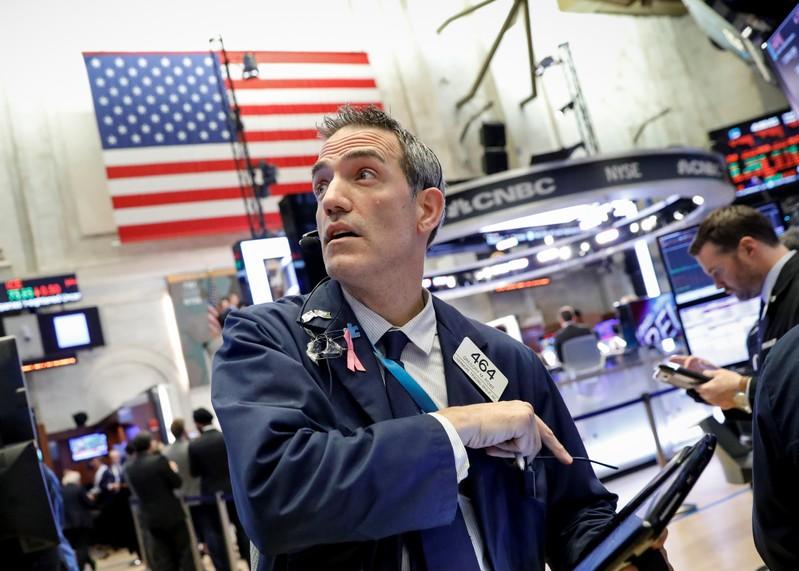 (Reuters) - U.S. stocks were well off session lows on Friday afternoon, with the S&P retreating from correction levels, helped by a sharp recovery in Alphabet and data showing the U.S. economy continued to grow at a healthy pace.

While economic growth is healthy despite trade wars, the same cannot be said of U.S. corporate profit growth, with a slew of disappointing forecasts this earnings season showing how tariffs, rising wages and borrowing costs as well as jitters over geopolitical events are hurting companies.

The latest and, perhaps the most high-profile, came last night from Amazon.com Inc and Alphabet Inc, two stocks that have helped power the equity markets decade-long bull run.

Google-parent Alphabet's revenue missed estimates, fanning concerns that regulatory scrutiny and competition would throttle its scorching pace of growth. But the stock recovered from a drop of as much as 5.6 percent to trade down 0.5 percent.

Facebook Inc, Apple Inc and Netflix Inc, the other members of the so-called FAANG group, were down between 0.5 percent and 2 percent.

"It's a classic correction. When markets have gone up as much as they have, people start selling what they own and they are selling it primarily because it's going down and not because the fundamentals have deteriorated that much," Tom Plumb, chief investment officer of the Plumb Funds and manager of the Plumb Balanced Fund in Madison, Wisconsin, said.

"I think the two potential catalysts for a sharp recovery are the mid-term elections getting behind us and any positive developments between China and the United States."

Despite the pullback on Friday, the three indexes are on track for their worst month in years, with the Nasdaq in correction territory. The indexes hit record highs between Aug. 30 and Oct. 3.

The S&P is on course for its worst month in more than nine-and-a-half years and at the day's low was on pace to confirm it was in correction territory, a level when an index closes 10 percent or more below its all-time closing high.

One stock that shone through the day was Intel Corp, last up 4.4 percent after its better-than-expected quarterly results.