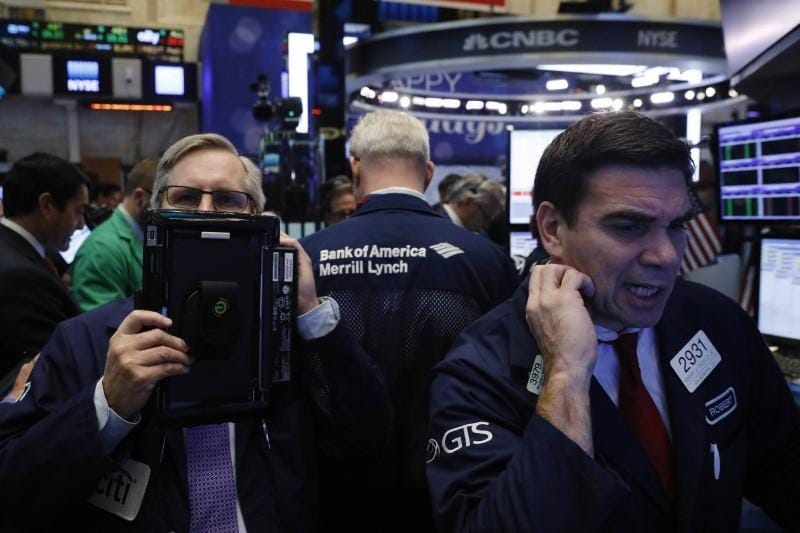 (Reuters) - U.S. stocks edged higher on Wednesday, helped by healthcare and technology stocks, but caution prevailed ahead of Federal Reserve Chairman Jerome Powell's speech that is expected to elaborate on a report that said asset prices were "elevated".

Powell, who has been criticized by President Donald Trump for raising interest rates, will speak at 12 p.m. ET. His comments will also be parsed for clues on the pace of rate hikes next year, especially after Fed officials have warned about global growth outlook.

The central bank, in a first-ever report devoted to financial stability, said trade tensions, Brexit discussions, trouble in China and emerging markets could rock a U.S. financial system where business credit quality may be "deteriorating."

However, markets took heart from White House economic adviser Larry Kudlow's comments on Tuesday that opened the possibility that the United States and China would reach a trade deal at the upcoming G20 Summit.

Trade worries have been at the center of a fall in U.S. stocks over the recent weeks, which pushed the S&P 500 into a correction territory for the second time this year.

"After the recent sell-off the market is looking for a driving theme. A direction from the Fed is very important because it's very quiet on most other fronts," said Andre Bakhos, managing director at New Vines Capital LLC in Bernardsville, New Jersey.

"There are concerns of a slowdown quietly brewing in the background, so if the Fed could say something that is amenable to investors, markets will take that as a positive sign."

Industrial stocks, which have borne the brunt of the protracted trade war, rose 0.55 percent, helped by Boeing's 2.1 percent jump and Caterpillar's 1.1 percent rise.

Seven of the 11 major S&P sectors were higher, with the technology sector's 0.96 percent rise leading the gains.

The healthcare sector rose 0.59 percent, helped by a more than 3 percent gain in health insurers Humana Inc and UnitedHealth Group.