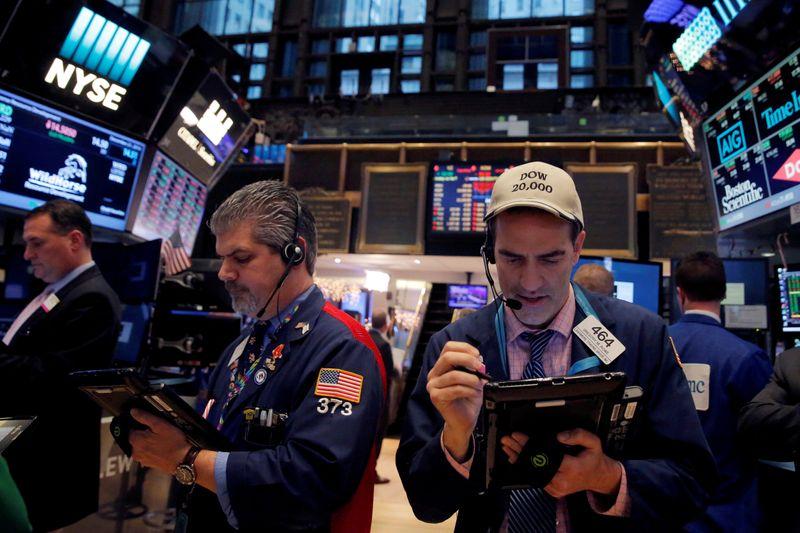 Stock futures got a boost in premarket trade when the Wall Street Journal said U.S. and Chinese trade negotiators are laying the groundwork for a delay in the tariffs.

A delay would be seen as important in order to pave the way for an initial trade deal, optimism over which has helped fuel the market's recent run to records.

"I don’t think that the markets are going to be completely comfortable until there is a line drawn in the sand that says no new tariffs on the 15th," Richardson said.

The S&P 500 has climbed 25% so far in 2019, driven by the U.S. Federal Reserve's interest rate cuts earlier this year and some relief over corporate profits, along with improved investor sentiment on trade.

The Fed is due to give its latest policy decision on Wednesday, with the market expecting the central bank to hold interest rates steady.

In another trade-related development, Canada, Mexico and the United States agreed to an overhaul of their quarter-century-old regional trade pact, but stocks largely shrugged off the news.

The agreement was "a foregone conclusion," Richardson said. "What would have impacted the market is if it didn’t happen."

Among S&P 500 sectors on Tuesday, technology <.SPLRCT> was the biggest gainer, while real estate <.SPLRCR> and materials <.SPLRCM> lagged the most.

Advancing issues outnumbered declining ones on the NYSE by a 1.07-to-1 ratio; on Nasdaq, a 1.19-to-1 ratio favored advancers.