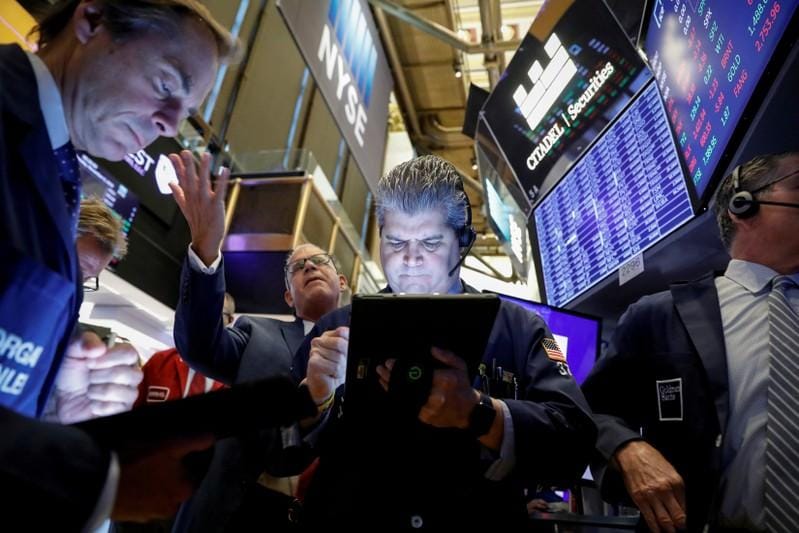 All three major U.S. stock averages began the last month of the year in the red, pulling back from last week's record highs.

"It's a quiet day as investors recover from Thanksgiving. As investors settle back at their desks," said David Carter, chief investment officer at Lenox Wealth Advisors in New York.

A report from the Institute for Supply Management (ISM) showed U.S. manufacturing activity contracted in November for the fourth consecutive month, fueling worries that the longest period of economic expansion in U.S. history could be growing short-winded.

Still, it was the latest sign that the hydra-headed trade disputes between the United States and its trading partners will continue to rattle markets and hinder global economic growth.

The news comes on the heels of recent Wall Street highs, driven to new records last week on hopes of an imminent "phase one" trade deal between the U.S. and China.

Indeed, a senior adviser to Trump said on Monday it was still possible that a deal with China could be reached by year-end.

"Markets have had a great run this year and expectations are already high that a trade deal gets done," Carter added. "Any reversal here is likely to negatively impact markets, which is likely what we're seeing today."

"The most recent tariff tweet has reminded markets that there's a lot of uncertainty around trade policy and U.S. actions," said Carter.

Of the 11 major sectors in the S&P 500, only energy <.SPNY> was in the black, boosted by rising crude oil prices

Among other stocks, Roku Inc

Declining issues outnumbered advancing ones on the NYSE by a 2.61-to-1 ratio; on Nasdaq, a 2.58-to-1 ratio favored decliners.