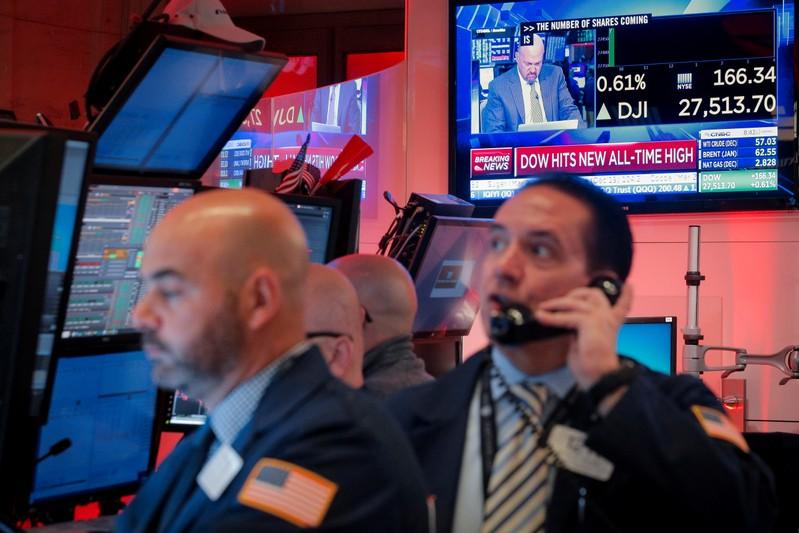 U.S. officials on Friday indicated that a trade deal with China could be signed this month, with risk sentiment also boosted by Commerce Secretary Wilbur Ross saying on Sunday that licenses for U.S. companies to sell components to Huawei Technologies Co Ltd [HWT.UL] would come "very shortly."

In May, Huawei, the world's largest telecoms equipment provider, was put under a U.S. blacklist citing national security concerns.

Optimism about progress with China after Friday's market highs is "making it easier for investors to continue buying and climbing a wall of worry," said Michael James, managing director of equity trading at Wedbush Securities in Los Angeles.

Energy shares jumped along with gains in oil prices.

The third-quarter earnings season has been fairly upbeat, with the majority of S&P 500 companies beating profit expectations so far, according to Refinitiv data.

Last week's interest rate cut by the Federal Reserve, hopes of a trade deal and a better-than-feared October jobs growth report have been the main catalysts of the recent rally.

Advancing issues outnumbered declining ones on the NYSE by a 1.64-to-1 ratio; on Nasdaq, a 1.75-to-1 ratio favored advancers.