By Caroline Valetkevitch NEW YORK (Reuters) - U.S. stocks ended with small gains on Wednesday after minutes from the Federal Reserve's latest meeting suggested higher inflation may not result in faster interest rate hikes. Most Fed policymakers thought it likely another rate increase would be warranted 'soon' if the U.S. 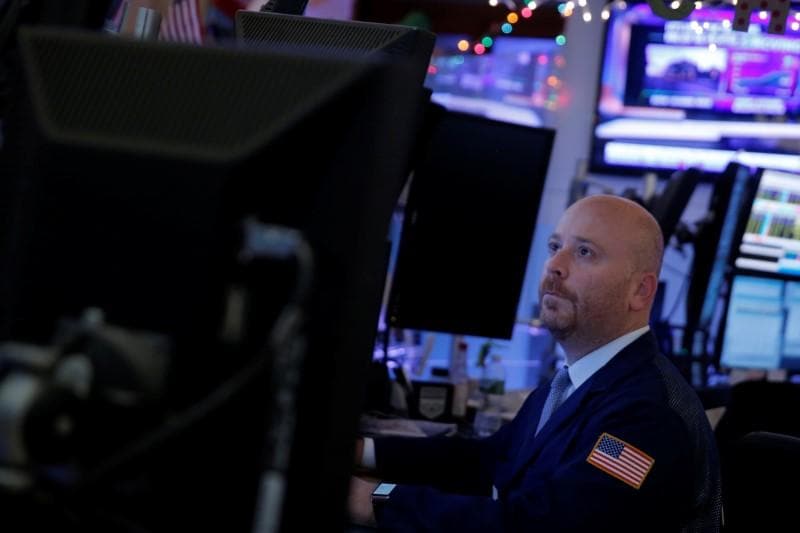 Most Fed policymakers thought it likely another rate increase would be warranted "soon" if the U.S. economic outlook remains intact, and many participants saw little evidence of general overheating of the labour market, minutes of the central bank's last policy meeting showed.

Stocks turned higher after the news, with rate-sensitive S&P 500 utilities <.SPLRCU> and real estate <.SPLRCR> ending the day with the biggest percentage gains. Financials <.SPSY>, which benefit from a rising rate environment, ended the day down 0.6 percent.

"The market is probably breathing a little bit of a sigh of relief knowing that inflation even a bit above 2 percent may not necessarily mean a faster rate of increases," said Mike Baele, managing director at U.S. Bank Private Client Wealth Management in Portland, Oregon.

The central bank has lifted borrowing costs once so far this year, in March, and policymakers are currently about evenly split between those who expect two more rate rises this year and those who anticipate three. Investors overwhelmingly expect a rate rise at the next meeting on June 12-13.

Earlier in the day, comments by U.S. President Donald Trump that fuelled further scepticism over trade talks between the United States and China weighed on the market.

Trump had signalled a new direction for the trade talks, saying the current track appeared "too hard to get done," a day after telling reporters that he was not pleased with the recent talks.

Retailers were mixed, with Target

Advancing issues outnumbered declining ones on the New York Stock Exchange by a 1.07-to-1 ratio; on Nasdaq, a 1.15-to-1 ratio favoured advancers.

About 6.4 billion shares changed hands on U.S. exchanges. That compared with the 6.6 billion-share daily average for the past 20 trading days, according to Thomson Reuters data.