By Herbert Lash (Reuters) - Technology stocks again rode to Wall Street's rescue on Friday, lifting the main indexes more than 1%, but the Dow and the S&P 500 still posted their longest weekly losing streaks in a year as fears of a slowing economy sparked an almost month-long rout. Investors started buying beaten-down shares after the Nasdaq confirmed a corrective phase earlier this month and the S&P 500 on an intra-day basis briefly broke that barrier this week. 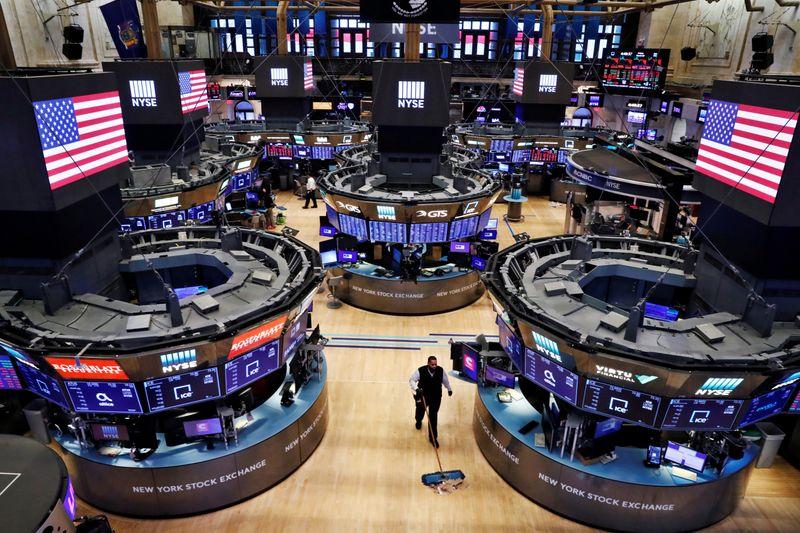 (Reuters) - Technology stocks again rode to Wall Street's rescue on Friday, lifting the main indexes more than 1%, but the Dow and the S&P 500 still posted their longest weekly losing streaks in a year as fears of a slowing economy sparked an almost month-long rout.

Investors started buying beaten-down shares after the Nasdaq confirmed a corrective phase earlier this month and the S&P 500 on an intra-day basis briefly broke that barrier this week.

Both the Dow and S&P 500 notched their fourth straight weekly declines, the longest weekly losing streak since August 2019. The Nasdaq closed higher for the week after falling the previous three, and is now up 22% for the year. The S&P 500 is up a bit more than 2% for the year.

Investors are looking at the long term and believe technology remains the investment of choice, said Edward Moya, senior market analyst at OANDA in New York.

"It's dip buying," Moya said. "When you look at the correction that we've seen in these tech giants, people are still going to want to hold U.S. equities. The reality is that 2021 is going to be a much higher stock market and you're probably going to see tech still lead the way."

The information technology index <.SPLRCT> jumped 2.4% as investors ditched value-linked stocks <.IVX> on signs of a slowdown in the broader economic recovery. Growth-oriented shares <.IVX> gained at a rate almost twice that of value stocks.

Volatility <.VIX> has also shot up as investors look for clarity on whether Congress will approve more stimulus ahead of the Nov. 3 presidential election, which now appears unlikely.

"You've had this nice recovery through the summer, and coming into the fall the economy is just a little bit more vulnerable, particularly with a lot of the stimulus that we had starting to taper off now," said Mike Dowdall, portfolio manager at BMO Global Asset Management in Chicago.

The S&P industrials sector <.SPLRCI> rose 1.49% as data showed new orders for key U.S.-made capital goods jumped in August, while a 0.06% slide in energy stocks <.SPNY> gave them their worst week since mid-June.

The number of coronavirus cases in the U.S. topped 7 million, as Midwest states reported spikes in COVID-19 infections in September, according to a Reuters tally.

Advancing issues outnumbered declining ones on the NYSE by a 2.30-to-1 ratio; on Nasdaq, a 2.94-to-1 ratio favored advancers.