NEW YORK (Reuters) -The S&P 500 closed in positive territory on Wednesday as an expected stimulus deal and falling jobless claims prompted investors to put their money into sectors most likely to benefit from the economy re-opening when it recovers from the global health crisis. 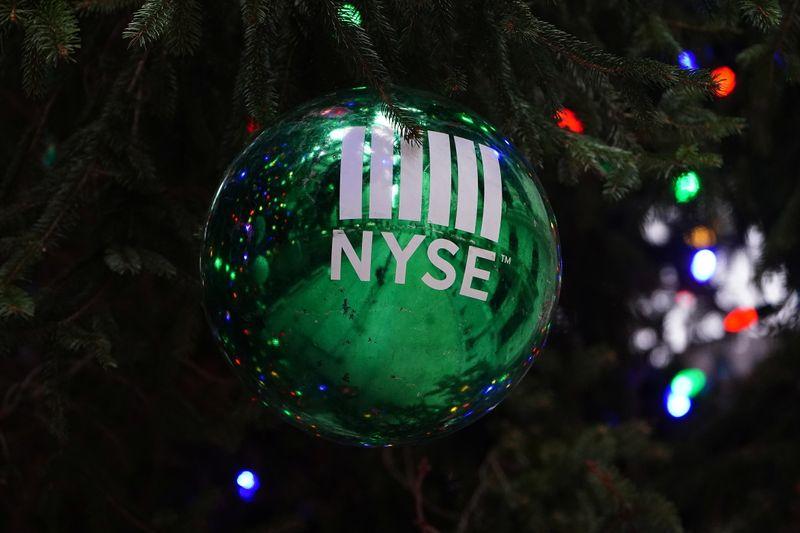 NEW YORK (Reuters) -The S&P 500 closed in positive territory on Wednesday as an expected stimulus deal and falling jobless claims prompted investors to put their money into sectors most likely to benefit from the economy re-opening when it recovers from the global health crisis.

While the blue-chip Dow and and small caps led the gains, the tech-heavy Nasdaq ended the session slightly lower.

"It's a very welcoming sign to see rotation into beaten down sectors," said Matthew Keator, managing partner in the Keator Group, a wealth management firm in Lenox, Massachusetts. "It speaks to the importance to valuation and the importance of diversification."

"It also speaks to the hope that is out there," Keator added. "When you see oil pick up and travel and tourism industries pick up, it speaks to the market looking forward and pricing in that hope."

The possibility of a year-end shutdown of the U.S. government, not to mention the lack of new fiscal stimulus, raised its head after President Donald Trump threatened to veto a $2.3 trillion funding package, which also includes a long-awaited $892 billion pandemic relief deal.

But languid inflation data provided further assurance that the U.S. Federal Reserve is likely to maintain its accommodative monetary policy at least until 2024.

Drugmaker Pfizer Inc rose following a deal with the United States to supply 100 million additional doses of its COVID-19 vaccine by July.

Merck & Co Inc agreed to supply the U.S. government with up to 100,000 doses of its COVID-19 treatment, sending its stock higher.

Supernus Pharmaceuticals Inc surged after its experimental drug for attention deficit hyperactivity disorder met the main goal of a late-stage study in adults.

Shares of Nikola Corp plunged after it called off a deal to develop electric garbage trucks with recycling and waste disposal firm Republic Services Inc.

American Airlines Group and United Airlines Holdings advanced after revealing plans to bring back furloughed employees this month. The airline industry is hoping to receive about $15 billion in payroll support as part of the pending fiscal relief package.