By Sinéad Carew NEW YORK (Reuters) - The S&P 500 was down slightly on Wednesday, taking a pause after the previous session's record close as investors digested a mixed batch of earnings reports and declining energy stocks limited gains. 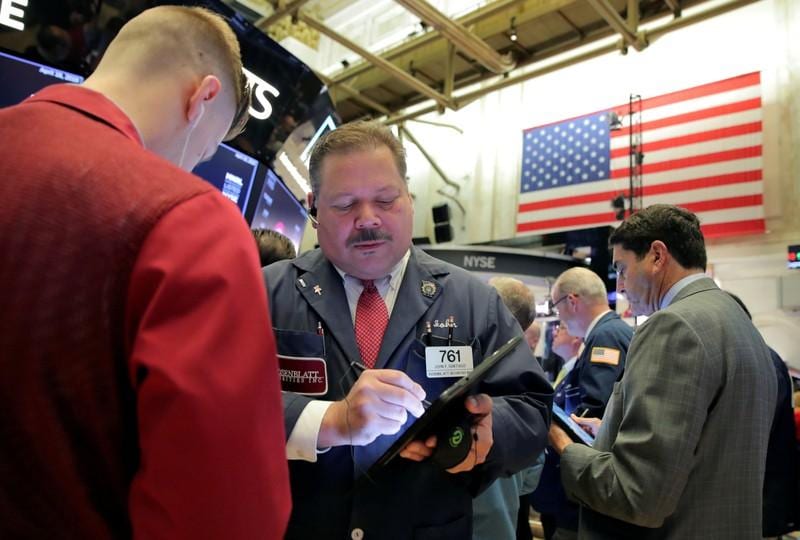 NEW YORK (Reuters) - The S&P 500 was down slightly on Wednesday, taking a pause after the previous session's record close as investors digested a mixed batch of earnings reports and declining energy stocks limited gains.

The tech-heavy Nasdaq was down slightly after earlier hitting an all-time record high of 8,139.55 with help from eBay Inc's upbeat earnings and a chipmaker rally.

The S&P 500, trading roughly 0.3% below its intraday record high of 2,940.91 hit in late September, has rallied 17% year-to-date. It has been supported by a dovish Federal Reserve, hopes of a U.S.-China trade resolution and largely upbeat earnings.

"The overall picture confirms the economy is on a steady footing. It's skewing to the positive side," said Laura Kane, head of Americas thematic investing at UBS Global Wealth Management.

"The market is taking a pause. We've a lot of earnings coming this week and next. There's nothing today that would change the overall economic outlook."

Profits of S&P 500 companies are expected to decline 1.1% for the first quarter, still a large improvement from the 2.3% drop estimated at the start of April. And nearly 78% of the 129 companies that have reported so far have surpassed earnings estimates, according to Refinitiv data.

Microsoft Corp, Facebook Inc and Tesla Inc, set to report after the closing bell on Wednesday, were down slightly.

Only 5 of the S&P 500's 11 major industry sectors were in positive territory and Real Estate led the gainers with a 0.5% rise. Energy was the biggest decliner with a 1.5% drop as oil prices slipped. [O/R]

The technology sector rose 0.2 percent and the Philadelphia Semiconductor Index was up 1.3% after hitting an all-time high earlier in the session. Texas Instruments rose 2% after its quarterly report.

Boeing Co was up 0.22% even as the planemaker scrapped its 2019 outlook and reported quarterly revenue below estimates due to grounding of its 737 MAX jets. Its shares have lost 11% since the deadly Ethiopian crash in early March.

AT&T Inc was the biggest drag on the S&P 500, declining 4.7% after the second-largest U.S. wireless carrier reported quarterly revenue below Wall Street estimates.

EBay jumped 5.5% after the company raised its full-year sales and profit forecasts.

Advancing issues outnumbered declining ones on the NYSE by a 1.13-to-1 ratio; on Nasdaq, a 1.07-to-1 ratio favoured advancers.