By Devik Jain and Medha Singh (Reuters) - Wall Street's main indexes inched higher on Tuesday ahead of the start of corporate America's reporting season that could signal a rebound in earnings, while General Motors' shares jumped on launching an electric delivery vehicle business. 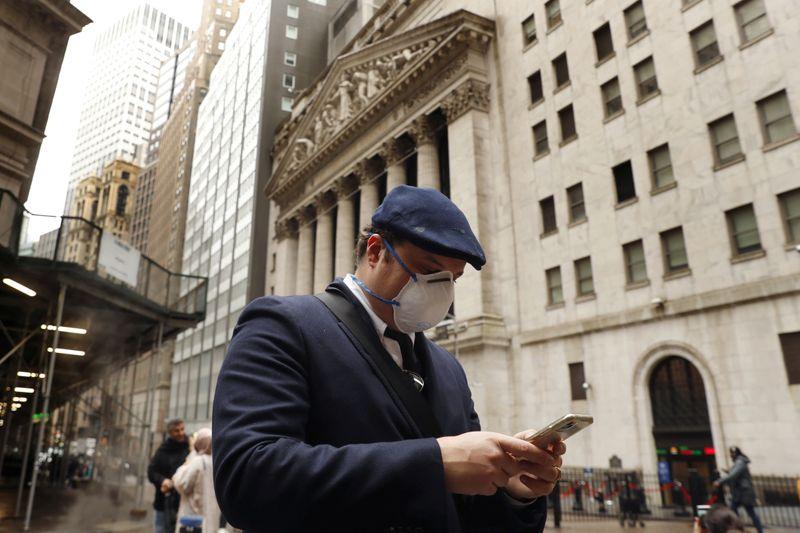 (Reuters) - Wall Street's main indexes inched higher on Tuesday ahead of the start of corporate America's reporting season that could signal a rebound in earnings, while General Motors' shares jumped on launching an electric delivery vehicle business.

The U.S. automaker's shares added 6.4% to hit highest in a decade after Chief Executive Officer Mary Barra outlined plans for its first BrightDrop electric commercial vans to be delivered to FedEx by year-end.

High-flying shares of Tesla Inc also rose 6.4% as a regulatory filing showed the electric-car maker moved a step closer to its launch in India later this year by registering a company in the country.

Hopes of a big boost to public spending and speedy roll-out of vaccines under a Democratic-led U.S. Congress have pushed Wall Street to record highs, with growth-linked financial, industrial and energy stocks lifting the market higher.

"On an average, markets look 3 to 6 months into the future about what environment we are likely to be dealing with, allowing it to push back on events in Washington last week and the surge in the COVID-19 cases," said Matt Stucky, portfolio manager, equities, at Northwestern Mutual Wealth Management Company in Milwaukee.

"There is a lot of bright news on the horizon on vaccine roll-outs and a likelihood of more fiscal stimulus in Washington."

Focus will now shift to fourth-quarter earnings starting Friday, with results from JPMorgan, Citigroup and other big banks launching the reporting season.

Earnings for S&P 500 companies are expected to have dropped 9.8% year-over-year in the final quarter of 2020, according to IBES data from Refinitiv, but are expected to rebound in 2021, with a gain of 16.4% projected for the first quarter.

Democrats will give President Donald Trump one last chance on Tuesday to leave office days before his term expires or face an unprecedented second impeachment over his supporters' storming of the U.S. Capitol on Jan. 6.

Ride-hailing company Uber Technologies Inc jumped 7% to touch a record high after it expanded its electric vehicle and hybrid ride option to over 1,400 new cities in North America.

(Reporting by Devik Jain and Medha Singh in Bengaluru; Editing by Arun Koyyur and Shounak Dasgupta)