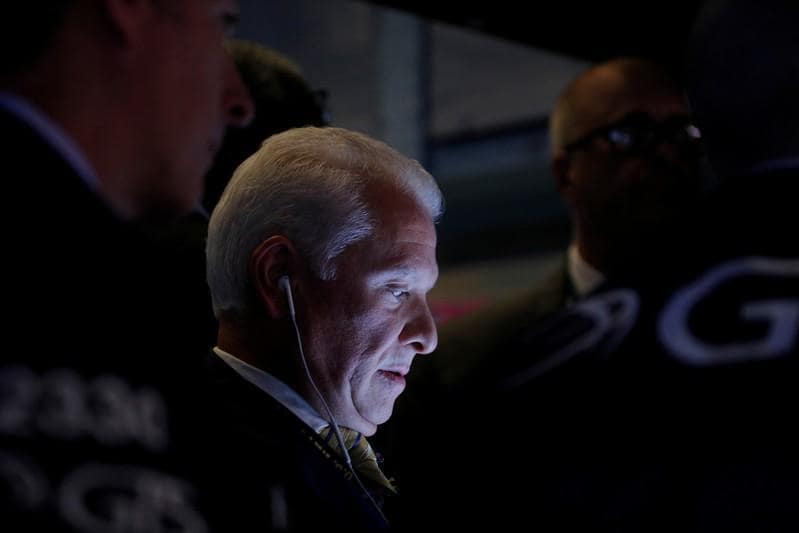 The tariff-sensitive Philadelphia semiconductor index <.SOX> extended its decline to 2.7%. The index was already under pressure from Micron Technology Inc's

High-level trade talks between Washington and Beijing are scheduled for next month before the start of the third-quarter earnings season.

"If our policies spark a major sell off in Shanghai where that creates problems for China that could negatively impact the trade negotiations which are supposed to start on Oct. 10. That is where the U.S. based fear would come from," said Michael O'Rourke, chief market strategist at JonesTrading in Greenwich, Connecticut.

Adding to the negative momentum, the S&P 500 index fell below its 50-day moving average in afternoon trading.

The three main indexes are set to end lower in a volatile week, which included U.S. Democrats launching an impeachment investigation on President Donald Trump.

Declining issues outnumbered advancing ones on the NYSE by a 1.77-to-1 ratio; on Nasdaq, a 2.05-to-1 ratio favoured decliners.