By Stephen Culp NEW YORK (Reuters) - Wall Street advanced on Tuesday as the prospect of additional stimulus and a record jump in retail sales suggested the U.S. economy could bounce back sooner than expected, five months into its pandemic-inflicted recession 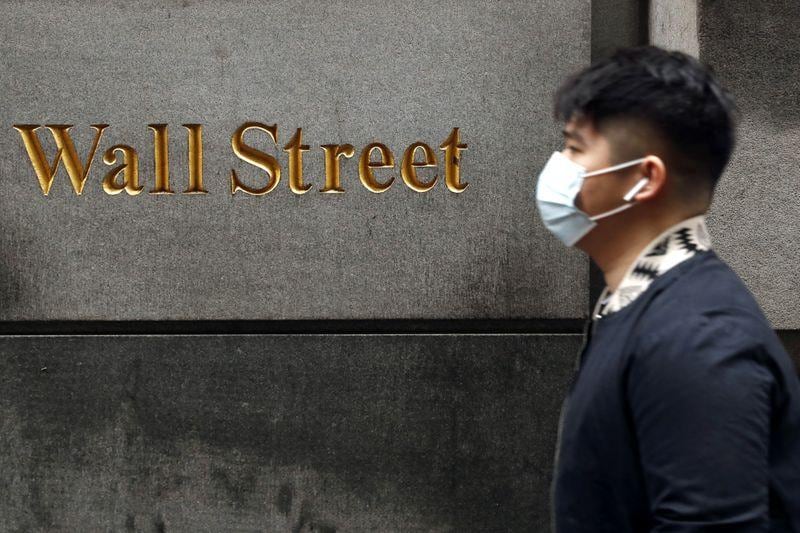 NEW YORK (Reuters) - Wall Street advanced on Tuesday as the prospect of additional stimulus and a record jump in retail sales suggested the U.S. economy could bounce back sooner than expected, five months into its pandemic-inflicted recession.

The Dow and the S&P remain about 11% and 8% below their respective record closing highs reached in February, while the tech-heavy Nasdaq hovers about 1% below its all-time closing high reached on June 10.

Data released by the Commerce Department showed retail sales jumped by a record 17.7% in May, blowing past the 8% increase analysts expected.

Investor risk appetite was given a further boost by the Trump administration's anticipated $1 trillion dollar infrastructure package aimed at jump-starting the economy.

"The retail sales numbers is the story that's driving markets higher," said Ryan Detrick, senior market strategist at LPL Financial in Charlotte, North Carolina. "But the smell of stimulus in the air is adding to today's gains for sure."

Amid a resurgence of new COVID-19

cases in China and the United States, along with unabated progression of the pandemic in Latin America and elsewhere, a UK-led drug trial showed low doses of generic steroid drug dexamethasone reduced COVID-19

death rates among the most severe cases.

," Detrick added. "But while COVID is in most peoples' minds, in the stock market's view it is all about reopening and the strong data suggest the recovery is happening and faster than most expected."

At the beginning of his two-day testimony before Congress, Federal Reserve Chairman Jerome Powell said, "Until the public is confident that the disease is contained, a full recovery is unlikely."

All 11 major sectors of the S&P 500 ended the session well in the black, with energy <.SPNY> and healthcare <.SPXHC> leading the charge.

Shares of Eli Lilly and Co

Advancing issues outnumbered declining ones on the NYSE by a 4.42-to-1 ratio; on Nasdaq, a 3.05-to-1 ratio favored advancers.

Volume on U.S. exchanges was 12.87 billion shares, compared with the 12.95 billion average over the last 20 trading days.