By Devik Jain and Medha Singh (Reuters) - Wall Street's main indexes scaled all-time highs on Monday, as investors bet on hopes that a fiscal relief package and vaccine roll-outs would lead to a speedy economic recovery. 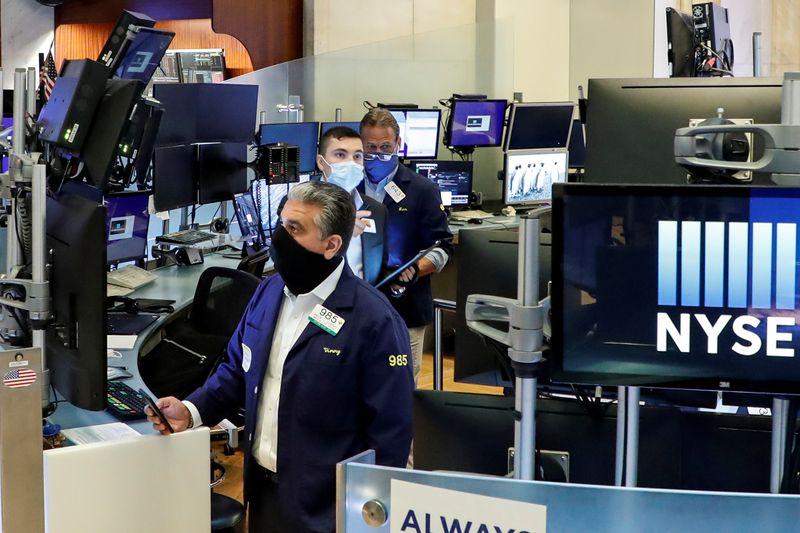 (Reuters) - Wall Street's main indexes scaled all-time highs on Monday, as investors bet on hopes that a fiscal relief package and vaccine roll-outs would lead to a speedy economic recovery.

As oil prices rose to their highest in more than a year, energy stocks gained 2.2%, the most among major S&P sectors. The defensive real estates and utilities underperformed.

Supporting the sentiment was U.S. Treasury Secretary Janet Yellen's comment on Sunday that if Congress approves the $1.9 trillion plan, the country would get back to full employment next year.

The Congress on Friday approved a budget plan that would allow a coronavirus relief bill to muscle through in the coming weeks without Republican support.

The S&P 500 and the Dow rose for the sixth straight session, their longest streak of gains since August, also helped by upbeat quarterly earnings and ongoing vaccine distributions.

"You have a confluence of events...nearly unlimited expectations for stimulus combined with companies actually doing fairly well and that's fueling major speculative behavior."

On the health front, the United States has administered at least 32,780,860 doses of COVID vaccines so far with the daily average of new infections moving lower.

Earnings season has crossed its halfway mark with more than 83% of S&P 500 firms beating estimates for quarterly profit, according to IBES Refinitiv data. Analysts now expect firms to post earnings growth for the fourth quarter as opposed to a prior forecast of decline.

Walt Disney Co, Cisco Systems Inc and General Motors Co were up between 2.2% and 3.5% ahead of their earnings reports this week.

Bitcoin surged more than 10% to a record high after Tesla Inc said it had invested around $1.5 billion in the cryptocurrency and would begin accepting payment in bitcoins for its cars and other products.

Progress in vaccination efforts and upbeat fourth-quarter earnings have helped investors shrug off fears of a short-term pullback in stocks due to lofty valuations and increasing coronavirus infections.

Advancing issues outnumbered decliners by a 3-to-1 ratio on the NYSE and the Nasdaq.