By Stephen Culp NEW YORK (Reuters) - Wall Street closed higher on Thursday as upbeat earnings and strong economic data put investors in a buying mood, with technology companies leading the charge. All three major U.S. stock indexes pared gains late in the session, adding less than 1% and bringing the bellwether S&P 500 close to 2% below an all-time high reached on April 30. 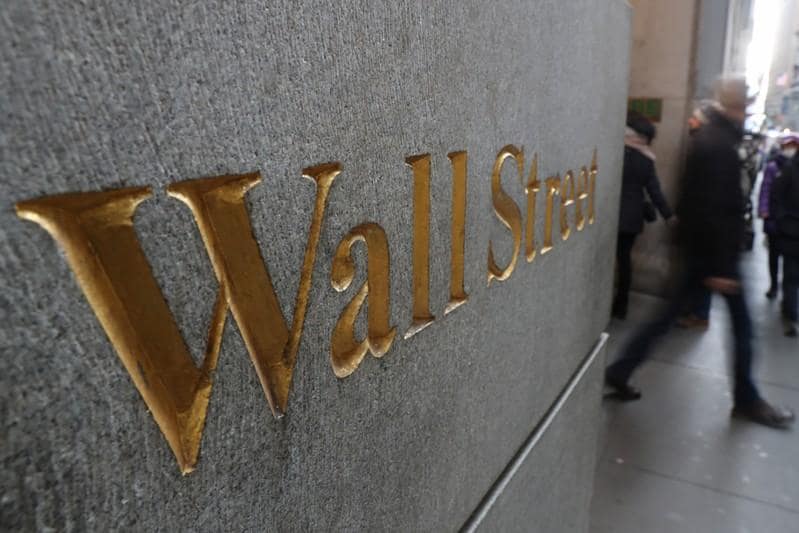 All three major U.S. stock indexes pared gains late in the session, adding less than 1% and bringing the bellwether S&P 500 close to 2% below an all-time high reached on April 30.

While the escalating U.S.-China tariff war continued to be a concern for market participants, upbeat quarterly results and data pointing to a strong U.S. economy helped ease trade-related jitters.

On the economic front, groundbreaking on new U.S. homes increased more than expected in April, according to the Commerce Department, as declining interest rates provided support to the struggling housing sector.

"If you look at the overall economy, we're in a fundamentally strong position and this is a reinforcement of that," said Matthew Keator, managing partner in the Keator Group, a wealth management firm in Lenox, Massachusetts.

Regarding U.S.-China trade negotiations, Keator believes the worst may be over.

"Things had to get worse before they could get better," Keator added. "With tariffs now in place, the Administration has something to give up."

Washington placed Huawei Technologies Co on a blacklist which bans it from acquiring components and technology from U.S. firms without prior approval.

The Philadelphia SE Semiconductor index ended the session down 1.7%.

Electric automaker Tesla Inc dropped 1.6% following safety agency reports that the Autopilot feature was engaged during a fatal crash in Florida in March.

Ride-hailing rivals Uber Technologies and Lyft Inc posted their third straight day of gains after spending much of their post-debut trading days in negative territory. Their shares were up 4.1% and 2.9%, respectively.

All 11 major sectors in the S&P 500 were trading in positive territory, with materials, financials and consumer discretionary seeing the largest percentage gains.

A mostly upbeat first-quarter earnings season is beginning to wind down, with 457 S&P 500 companies having reported. Of those, about 75% have beaten profit expectations, according to Refinitiv data.

Analysts now expect first-quarter earnings growth of 1.4%, a significant improvement over the 2% loss expected on April 1.

Nvidia Corp was up over 4% in after-market trading after the Huawei Technologies supplier posted quarterly earnings.

Advancing issues outnumbered declining ones on the NYSE by a 2.19-to-1 ratio; on Nasdaq, a 1.44-to-1 ratio favoured advancers.

Volume on U.S. exchanges was 6.56 billion shares, compared to the 6.98 billion average over the last 20 trading days.