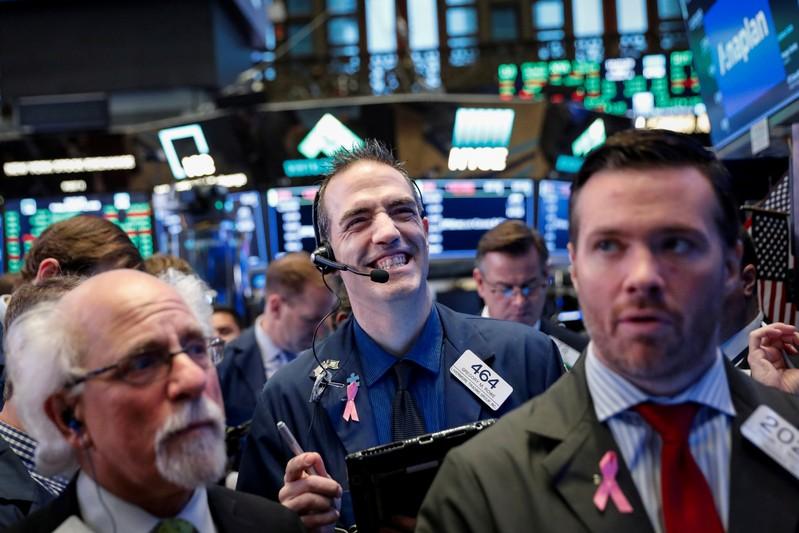 Technology, which sold off heavily in the recent pullback, led the gains as all 11 major sectors were positive.

Investors are expecting another strong quarter of corporate profits, hoping the reports can calm nerves following concerns over global trade tensions and rising bond yields. Third-quarter earnings for S&P 500 companies are expected to have climbed 21.8 percent, according to I/B/E/S data from Refinitiv.

“The corporate profits have certainly been the biggest prop for this market, and so a lot of weight is going to be given to how those corporate profits come out," said Chuck Carlson, chief executive officer at Horizon Investment Services in Hammond, Indiana. "We are early in the season, but so far so good, especially today."

The gains marked a partial recovery from Wall Street's recent steep pullback from record levels. The S&P 500 last week posted its biggest weekly drop since March, and some market-watchers said it was not clear that the recent volatility was over.

"The degree of the move is a function of the moves we have seen already this month more than anything else."

The technology sector gained 3.0 percent while healthcare rose 2.9 percent. Those two groups have led the S&P 500's advance this year.

Walmart shares rose 2.1 percent as its chief executive urged investors to revise their view of the company's business.

After the market closed, shares of Netflix, one of the closely watched group of FANG momentum stocks, jumped following the streaming video company's report.

On the downside, BlackRock shares dropped 4.4 percent after the world's biggest asset manager reported its lowest sales of equity, bond and other long-term investments since the second quarter of 2016.

In economic data, U.S. industrial production increased for a fourth straight month in September, boosted by gains in manufacturing and mining output, while other data showed job openings hit a record high in August.

About 7.5 billion shares changed hands in U.S. exchanges. That was below the 7.9 billion daily average over the last 20 sessions, and well lower than busier trading days last week when the market was sliding.

Advancing issues outnumbered declining ones on the NYSE by a 5.17-to-1 ratio; on Nasdaq, a 4.02-to-1 ratio favoured advancers.