By Sinéad Carew New York (Reuters) - The S&P 500 and the Dow Jones Industrial Average on Monday suffered their biggest one-day percentage losses in two years after a surge in coronavirus cases outside China fanned worries about the global economic impact of a potential pandemic. Investors sold riskier assets and rushed to traditionally safer bets such as gold and U.S 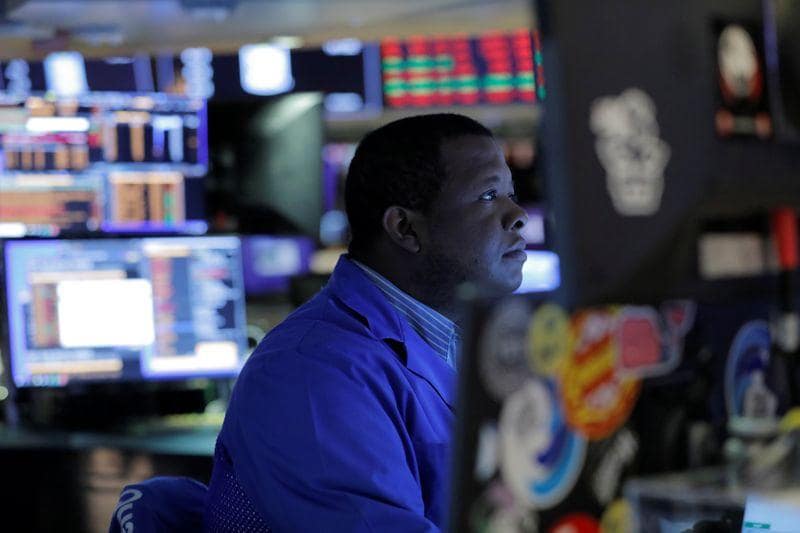 New York (Reuters) - The S&P 500 <.SPX> and the Dow Jones Industrial Average <.DJI> on Monday suffered their biggest one-day percentage losses in two years after a surge in coronavirus cases outside China fanned worries about the global economic impact of a potential pandemic.

Investors sold riskier assets and rushed to traditionally safer bets such as gold and U.S. Treasuries after countries including Iran, Italy and South Korea reported a rise in virus cases over the weekend even as China eased curbs with no new cases reported in Beijing and other cities.

The benchmark S&P 500, which represents over 44% of the market capitalization of all global equities, lost $927 billion of its value on Monday alone and $1.33 trillion since its closing high on Wednesday last week, according to S&P Dow Jones Indices senior analyst Howard Silverblatt.

The S&P and the blue-chip Dow turned negative for the year to date and the Dow dropped more than 1,000 points on the day for only the third time in its history.

"We're not likely to make any progress higher until we have evidence the spread of the coronavirus is decelerating," said Mark Luschini, chief investment strategist at Janney Montgomery Scott in Philadelphia.

Of the S&P's sectors, the defensive utilities <.SPLRCU>, real estate <.SPLRCR> and consumer staples <.SPLRCS> indexes fell the least on the day.

Treasury yields fell to their lowest levels since 2016 as investors sought safety in government bonds, while the yield curve inversion between the 3-month and 10-year U.S. Treasuries deepened in what is often viewed as a recession predictor.

Adding to worries, Goldman Sachs slashed its U.S. growth forecast on Sunday and predicted a more severe impact from the epidemic. [US/]

The CBOE Volatility Index <.VIX>, a gauge of investor anxiety, registered its biggest one-day jump since February 2018 and ended the day at 25.03, its highest closing level since January 2019.

"There was this underlying concern that was out there, and obviously over the weekend, it just escalated," said Stacey Gilbert, portfolio manager for derivatives at Glenmede Investment Management in Philadelphia.

Janney Montgomery Scott's Luschini said that while the coronavirus was "by far and away the primary influence" for the market's decline on Monday, investors, he said, were "also beginning to handicap the odds of Sanders being the Democratic nominee."

Declining issues outnumbered advancing ones on the NYSE by a 6.74-to-1 ratio; on Nasdaq, a 6.02-to-1 ratio favored decliners.

On U.S. exchanges, 10.59 billion shares changed hands, compared with the 7.79 billion average for the last 20 sessions.