By Chuck Mikolajczak NEW YORK (Reuters) - The S&P 500 eased back from a record high on Tuesday to trade near the unchanged mark as investors weaved through the heart of earnings season and the latest headlines on a potential trade deal between the U.S. 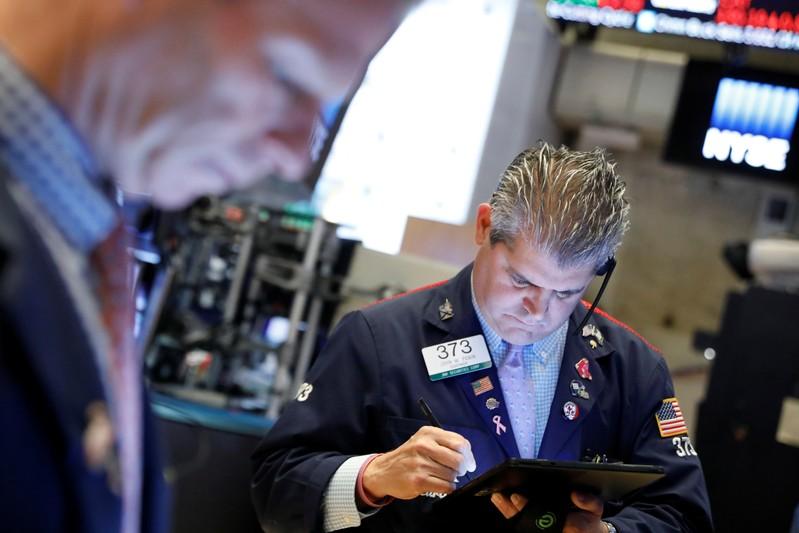 NEW YORK (Reuters) - The S&P 500 eased back from a record high on Tuesday to trade near the unchanged mark as investors weaved through the heart of earnings season and the latest headlines on a potential trade deal between the U.S. and China.

Hopes of a U.S.-China trade deal and expectations of another rate cut by the Federal Reserve when it concludes its two-day meeting on Wednesday have kept markets inching higher this week, sending the S&P to its second straight record intraday high.

But indexes pulled back after a U.S. administration official told Reuters that Washington and Beijing are continuing to work on an interim trade agreement, but it may not be completed in time for the leaders of the two countries to sign in Chile next month.

"With respect to the all-time highs, it’s not like the growth rate has been all that remarkable, we hit 2,873 in January of 2018," said Sameer Samana, Senior Global Market Strategist at Wells Fargo Investment Institute in St. Louis in an interview with Reuters. "The other thing is we believe the market is close to fair value so this would not be the time chasing into equities."

Tech <.SPLRCT> shares, which have been closely tied to trade progress, lost ground after the report and were last down 0.82%.

But shares of Google-parent Alphabet Inc

Third-quarter earnings of S&P 500 companies have largely been better than expected, with over 77% of the 236 firms to report so far surpassing profit expectations, according to Refinitiv data. Still, earnings are expected to decline by 1.9% for the quarter.

All eyes are now on the Fed meeting, where the central bank is widely expected to deliver a quarter percentage point interest rate cut for the third time this year.

The S&P earlier in the session reached a high of 3,047.87, its second straight intraday record.

Advancing issues outnumbered declining ones on the NYSE by a 1.29-to-1 ratio; on Nasdaq, a 1.13-to-1 ratio favored advancers.