By Arjun Panchadar and Sagarika Jaisinghani (Reuters) - U.S. stocks paused on Monday after three sessions of gains as a lack of clarity over the first phase of a U.S.-China trade deal weighed on sentiment, while investors geared up for the third-quarter earnings season 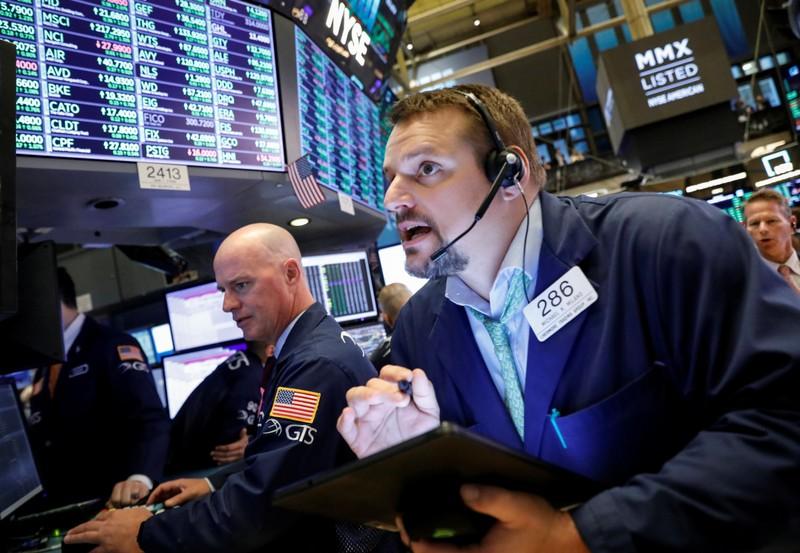 (Reuters) - U.S. stocks paused on Monday after three sessions of gains as a lack of clarity over the first phase of a U.S.-China trade deal weighed on sentiment, while investors geared up for the third-quarter earnings season.

The S&P 500 and Dow Jones indexes had ended Friday with their first weekly gain in a month after Washington signalled the two sides had taken a major step in easing the tit-for-tat measures that have hammered global growth this year.

President Donald Trump, however, acknowledged that the agreement could still collapse, while Treasury Secretary Steven Mnuchin said on Monday he had "every expectation" that if a U.S.-China trade deal was not in place by Dec. 15, additional tariffs would be imposed.

"If (the market) was really sceptical, it would be selling off a lot harder. But it's not because there are some good points to it - that they are still talking and potentially reaching a deal."

Financial markets had a rocky start to the month on signs of escalating trade tensions, slowing global economic growth and rising geopolitical risks. The S&P 500 and Dow Jones indexes are off about 0.3% so far this month, reversing a gain of about 2% for September.

Sectors considered stable during times of economic uncertainties such as utilities <.SPLRCU> and consumer staples <.SPLRCS> were the top decliners among the S&P sectors.

Investors will now keep a close watch on the earnings season to gauge the impact of the trade conflict and a sluggish domestic economy on corporate America.

The reporting season kicks off on Tuesday, with the big U.S. banks expected to report a 1.2% decline in earnings due to falling interest rates, a raft of unsuccessful stock market floatation and trade tensions.

Overall, analysts are forecasting a 3.2% decline in profit for S&P 500 companies for the quarter from a year earlier, based on IBES data from Refinitiv.

Among individual stocks, Beyond Meat Inc

Nike rose 1% after Bank of America Merrill Lynch upgraded the stock to "neutral" from "underperform".