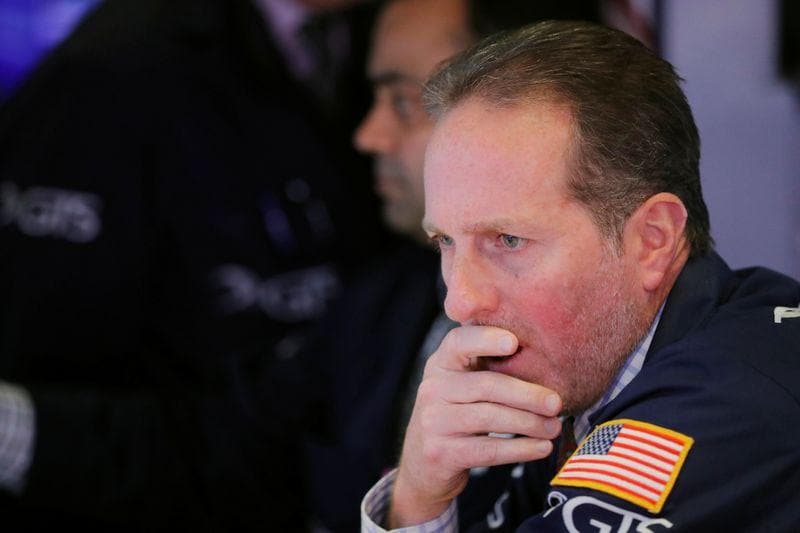 (Reuters) - U.S. stocks pulled back on Monday from near record levels, dragged lower by healthcare and technology shares, as investors braced for a busy week of political and economic news including a potential turning point in the U.S.-China trade dispute.

Wall Street is focussed on Dec. 15, when the next round of U.S. tariffs on Chinese imports is scheduled to take effect. China said on Monday that it hoped to make a trade deal with the United States as soon as possible.

Investor hopes of at least an initial U.S.-China agreement has helped pushed major stock indexes to record highs, with the benchmark S&P 500 <.SPX> hovering about 0.5% below its all-time high.

“It’s not uncommon for stocks to pause, given where they are, in advance of some news,” said Willie Delwiche, investment strategist at Baird in Milwaukee.

“We get the chance to see whether or not the rally we have had in U.S. stocks is warranted from a fundamental perspective and whether or not we are still moving in the right direction,” Delwiche said.

Aside from U.S.-China trade developments, investors will focus this week on the U.S. Federal Reserve's policy meeting, an election in the United Kingdom, and potential agreement related to a North American trade pact.

Most of the S&P 500 sectors were lower, with healthcare <.SPXHC> and tech <.SPLRCT> weighing the most on the index.

Advancing issues outnumbered declining ones on the NYSE by a 1.03-to-1 ratio; on Nasdaq, a 1.17-to-1 ratio favoured decliners.