By Stephen Culp (Reuters) - Wall Street ended slightly higher on Wednesday after a spate of upbeat earnings reports, but lingering concerns about trade tensions and the longest U.S. government shutdown ever limited the advance. All three major U.S. 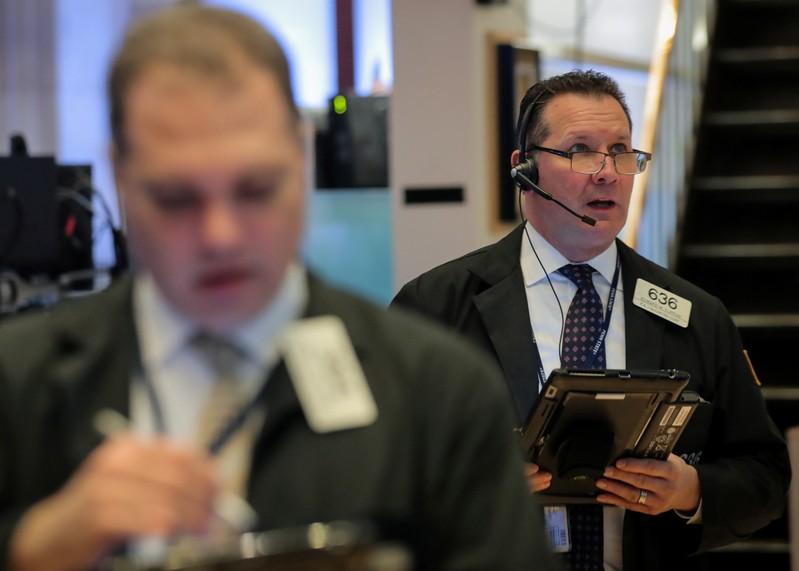 (Reuters) - Wall Street ended slightly higher on Wednesday after a spate of upbeat earnings reports, but lingering concerns about trade tensions and the longest U.S. government shutdown ever limited the advance.

Investor sentiment was dampened by reports that business leaders gathered at the World Economic Forum in Davos, Switzerland, were losing confidence in President Donald Trump's policies that have resulted in the prolonged U.S.-China trade stand-off.

Uncertainty persisted in Washington, where no end to the longest-ever federal government shutdown appeared to be in sight.

The United States could see zero growth in the first quarter if the shutdown extends through March, according to White House economic adviser Kevin Hassett on Wednesday.

"The headlines coming out of Davos are rehashing some of the pessimism," said Matthew Keator, partner in the Keator Group, a wealth management firm in Lenox, Massachusetts.

"We are in a more anxious market here, coming off the lows of the fourth quarter," Keator added. "People's wounds are still fresh."

Still, a spate of positive earnings helped boost the Dow.

IBM provided the biggest boost to the Dow, rising 8.5 percent after cloud and software services helped its profit come in above analyst estimates and the company offered better-than-expected guidance for 2019.

Fourth-quarter reporting season is in full swing, and of the 15 percent of S&P 500 companies that have reported, 77.6 percent have beaten analyst estimates, according to Refinitiv data.

After the bell, Ford Motor Co

Advancing issues outnumbered declining ones on the NYSE by a 1.05-to-1 ratio; on Nasdaq, a 1.02-to-1 ratio favored decliners.

Volume on U.S. exchanges was 6.83 billion shares, compared to the 7.82 billion average over the last 20 trading days.