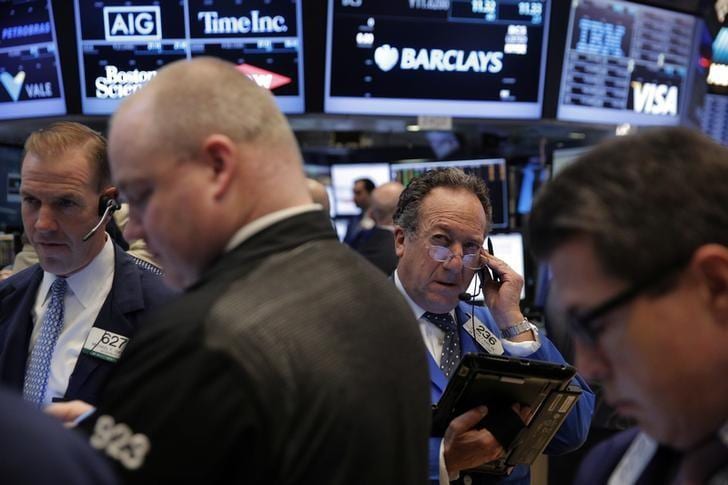 NEW YORK (Reuters) - U.S. stocks ended down slightly on Thursday after President Donald Trump canceled a planned summit with North Korea's Kim Jong Un and threatened to impose tariffs on auto imports, though losses were limited by gains in Netflix and General Electric.

Trump's order on Wednesday for an investigation into whether vehicle and auto part imports had damaged the U.S. auto industry could further complicate trade negotiations with China and other trading partners.nL2N1SV1R0

Early Thursday, Trump canceled the June 12 meeting citing Pyongyang's "open hostility," even after North Korea followed through on a pledge to blow up tunnels at its nuclear test site.

But stocks recouped much of the day's losses by the end of the session, and market participants said the sharp drop after the summit was canceled was a knee-jerk reaction.

"People were genuinely pleased that it was going to happen," said Peter Tuz, president of Chase Investment Counsel in Charlottesville, Virginia.

"And I still wouldn't be surprised to see a reversal of this reversal sometime in the next few weeks as each side sits down and thinks about what's really in its best interest."

A decline in energy shares following lower oil prices also weighed on the market, with the S&P energy index <.SPNY> ending down 1.7 percent. On the flip side, General Electric

Defense stocks jumped after Trump called off the North Korea meeting and warned the U.S. military was ready in the event of any "reckless" acts by North Korea.

Declining issues outnumbered advancing ones on the NYSE by a 1.03-to-1 ratio; on Nasdaq, a 1.09-to-1 ratio favored decliners.

About 6.3 billion shares changed hands on U.S. exchanges. That compared with the 6.6 billion-share daily average for the past 20 trading days, according to Thomson Reuters data.