San Francisco: A US judge on Thursday gave Volkswagen until April 21 to come up with a plan to fix some 600,000 cars spewing illegal levels of pollutants due to emissions-cheating software.

"This issue of what is to be done with these cars must be done by that date," US District Court Judge Charles Breyer told attorneys of the German automaker during a status hearing. 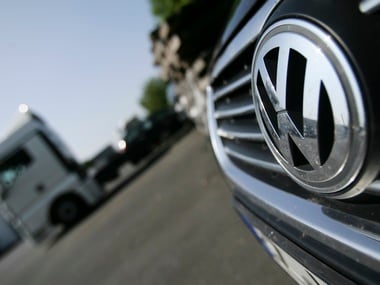 If a concrete plan for getting the cars fixed or off the roads was not submitted by the deadline, "the court would seriously consider whether to hold a bench trial this summer so that the polluting cars can be addressed forthwith," Breyer said.

VW, which until recently had ambitions to become the world's biggest carmaker, is battling to resolve its deepest-ever crisis sparked by revelations that it installed emissions-cheating software into 11 million diesel engines worldwide.

The software, known as a "defeat device", limits the output of toxic nitrogen oxides to US legal limits during emissions test by regulators. But when the vehicles are in actual use, the software allows them to spew poisonous gases at up to 40 times the permitted levels, giving the vehicle better acceleration and fuel economy.

Defeat devices are prohibited in the United States, where the VW scam was originally exposed, as well as in other countries. On top of still unquantifiable regulatory fines in a range of countries, VW is facing a slew of legal suits, notably in the United States and Germany, from angry car owners, as well as from shareholders seeking damages for the massive loss in the value of their shares since September.

Cases in the United States have been consolidated under Judge Breyer, who said attorneys representing all involved have been working relentlessly for the past month on a way to "get the cars, in their current condition, off the road." However, he said, engineering technicalities and "other important issues" had yet to be resolved. The solution could be a buy-back plan or a fix to the emissions system.

But in any case a specific and detailed plan including timing, cars involved, and payments to consumers should be finalized by the April 21 deadline to avoid trial, according to the judge.
Breyer told attorneys not to reveal anything about the status talks, contending that confidentiality was critical to success.

"We are working around the clock," plaintiffs' attorney Elizabeth Cabraser told AFP as she left the courtroom. "We will sleep when they are fixed."

In a statement Volkswagen said it is "committed to resolving the US regulatory investigation into the diesel emissions matter as quickly as possible and to implementing a solution for affected vehicles."

"We continue to make progress and are cooperating fully with the efforts undertaken by Judge Breyer... to bring about a prompt and fair resolution of the US civil litigation."