FRANKFURT (Reuters) - Volkswagen is paring back the variety of combustion-engined cars and retooling more factories to build electric vehicles in an effort to keep up with rival Tesla, the chief executive of the world's largest carmaker said. 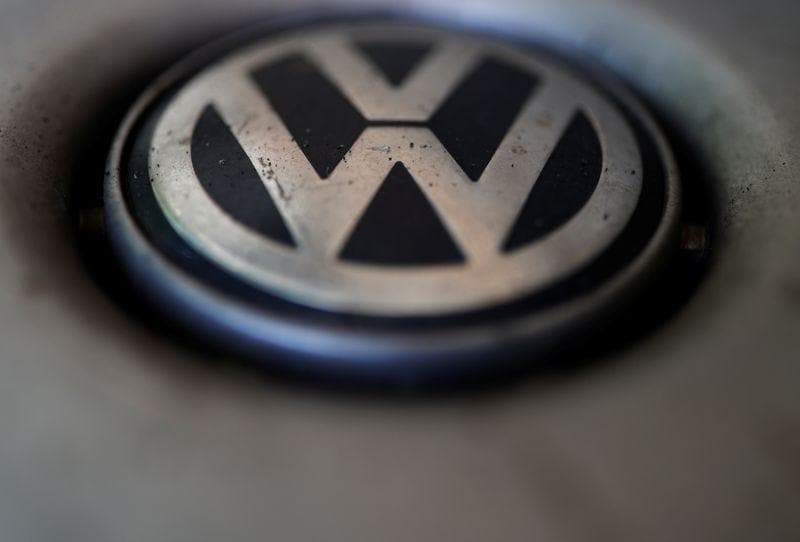 FRANKFURT (Reuters) - Volkswagen is paring back the variety of combustion-engined cars and retooling more factories to build electric vehicles in an effort to keep up with rival Tesla, the chief executive of the world's largest carmaker said.

German factories in Emden and Hanover will be converted to build electric cars as part of a 73 billion euros ($86 billion) investment plan to ramp up development of zero-emission and self-driving cars, the company said on Monday.

"Our business so far has been running valuable brands. To increase brand value, driving margins," Herbert Diess explained in a call with investors and analysts on Monday. "We have to be seen as a tech company."

On top of focussing on achieving economies of scale in electric and combustion engine components, Volkswagen is seeking to also gain expertise in software programming, so it can build and develop intelligent self-driving vehicles.

"Yes, it is going to be a race with Tesla," Diess said.

"They are also ramping up fast. We have more different body styles, and when it comes to an established dealership network, we should have an advantage over Tesla," Diess said.

Policymakers have clamped down on exhaust emissions, forcing carmakers to accelerate the development of low-emission technology or face a penalty of 95 euros for each gram of excess CO2 they emit in Europe.

The Volkswagen factory in Hanover will be retooled to build the all-electric VW ID.BUZZ microbus, as well as large premium-branded electric sports utility vehicles for Audi, Bentley and Porsche, which will share common vehicle underpinnings.

"The rationale was keeping those cars together in one manufacturing site," Diess explained.

The VW factory in Emden will be retooled to build electric cars and production of the combustion-engined VW Passat sedan will be shifted to a factory in Bratislava, Slovakia where VW will also build the next generation Skoda Superb.

"So long as you have to burn coal to make electric vehicles' run it doesn’t make any sense," Diess said, commenting about the need for burning fossil fuels to generate power for the electricity grid.

"It would make a lot more sense to postpone those targets because those engines are really clean now," Diess said of his wish to see combustion engined cars on sale for longer.

Volkswagen needs the profits from combustion engined sports utility vehicles to generate the cash for investing in cleaner technologies, he said.

Shifting the Golf segment of passenger cars to becoming electric will take up to a decade, the carmaker said. It has also forced managers to question the need for some of the more exotic niche brands.

VW is legally separating its Lamborghini supercar and Ducati motorbike brands, confirming an earlier Reuters report, as the German automaker seeks to streamline its operations and focus on mass-producting electric cars.

"We are working on our Italian legal structure," Diess said, referring to the creation of a separate legal entity for housing the Lamborghini, Ducati and the Italdesign design studio.

Luxury brands which owe their attractiveness in large part due to high horsepower high-cylinder combustion engines, may not fit in to the era of intelligent, networked vehicles which provide on-demand mobility, Diess said.

"Are those really valuable in the new world, we don’t know yet," Diess said.

The CEO said on Monday that Volkswagen would miss its CO2 compliance target this year by "a gram or so" but would meet emissions goals for 2021 thanks to a mass production push of electric vehicles.

He saw business recovering next year, with the company planning for a return to pre-COVID crisis levels in 2022, he added.