By Agnieszka Flak , Elvira Pollina and Stephen Jewkes ROZZANO, Italy (Reuters) - Facing defeat in its attempt to change Telecom Italia's board, top shareholder Vivendi took a first step on Friday towards ending a bitter dispute with a U.S. fund that has hobbled Italy's biggest phone group over the past year 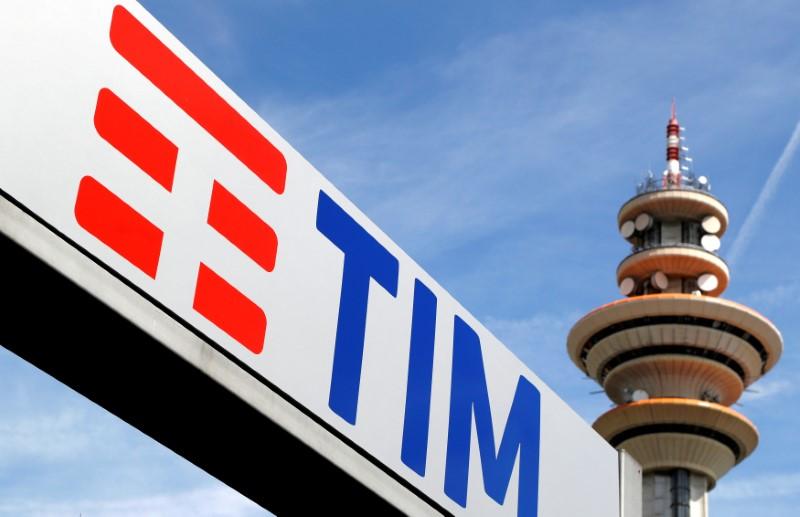 ROZZANO, Italy (Reuters) - Facing defeat in its attempt to change Telecom Italia's board, top shareholder Vivendi took a first step on Friday towards ending a bitter dispute with a U.S. fund that has hobbled Italy's biggest phone group over the past year.

Vivendi and activist fund Elliott have been trading blows over how to revive Telecom Italia (TIM), a telecoms heavyweight saddled with more than 25 billion euros ($28 billion) of debt.

Vivendi had been seeking to replace TIM Chairman Fulvio Conti and four other Elliott-appointed directors at a shareholder meeting on Friday, citing "substantial lack of independence".

However, in a move signalling a willingness to work on a possible truce, the top investor offered to withdraw its motion on board member replacements.

"We have decided not to pursue today our proposal to revoke and replace five board members," Caroline Le Masne De Chermont, Vivendi's head of legal affairs, told the TIM shareholder meeting. The request to withdraw its proposal won 95 percent support of those present.

Vivendi was in any case widely expected to lose the board reshuffle vote, but as it owns nearly a quarter of TIM, its cooperation is seen as vital to getting things done, sources have said.

Elliott wrested control of TIM's board last May after accusing Vivendi of looking after its own interests and calling for a more radical shake-up of the telecoms group.

An escalating war of words has wiped a third of the value of TIM shares in the last year. It also led to the replacement of a Vivendi-backed CEO with Gubitosi, formerly a board director from the Elliott camp.

"Vivendi wishes that TIM's board be more reflective of the company shareholder base and be led in an independent, transparent and fully inclusive manner," Le Masne De Chermont added.

Sources familiar with the matter said the different sides were open to finding some sort of accord after the AGM.

State lender Cassa Depositi e Prestiti (CDP), which recently raised its stake to become TIM's second biggest investor, could act as a power broker between the two rivals, whose battle has unnerved investors and government alike.

A possible compromise could include a more balanced board make-up and a chairman appointed by the CDP, the people added.

However, Gubitosi said on Friday the current board was picked last year for a three-year mandate and would remain as is. "With time I don't know what will happen," he added.

Vivendi said in a later statement it would monitor from now on that all board members act in the interest of all shareholders.

Gubitosi has been keen to find a way to bring the different sides closer to ensure "TIM can again become a normal company" where investors can collaborate effectively.

Vivendi must have been convinced by these efforts and the prospect of a truce for it to withdraw its request, one source said.

"If the change occurs as (Gubitosi) announced, he can count on our loyalty," Vivendi's Le Masne De Chermont said.

Elliott said it looked forward to constructive dialogue with all shareholders. The U.S. fund remains fully supportive of Gubitosi, TIM's management team and the existing board, it added.

Other shareholders have been looking for signs that the two rivals are finally ready to bury the hatchet and allow management to push through measures to slash debt, tackle competition and pursue strategic options to boost value.

TIM has underperformed its European peers for years, it is facing new rivals in both broadband and mobile, and its Brazil business is only gradually recovering from economic malaise.

A truce between Vivendi and Elliott could speed up the creation of a single broadband operator through the merger of TIM's network with smaller rival Open Fiber.

Gubitosi, who has said all options to collaborate with Open Fiber would be explored, said on Friday that negotiations were ongoing and that he was "optimistic".