London: Liquor tycoon Vijay Mallya once again asked the Indian banks to take back 100 percent of the principal amount owed to them at the end of his three-day British High Court appeal on Thursday against an extradition order to India.

The 64 year-old former Kingfisher Airlines boss, wanted in India on charges of fraud and money laundering amounting to an alleged Rs 9,000 crores in unpaid bank loans, said the Enforcement Directorate (ED) and the Central Bureau of Investigation (CBI) are fighting over the same assets and not treating him reasonably in the process.

"I request the banks with folded hands, take 100 percent of your principal back, immediately", he said outside the Royal Courts of Justice in London. "The Enforcement Directorate attached the assets on the complaint by the banks that I was not paying them. I have not committed any offenses under the PMLA (Prevention of Money Laundering Act) that the Enforcement Directorate should suo moto attach my assets," he said.

"I am saying, please banks take your money. The ED is saying no, we have a claim over these assets. So, the ED on the one side and the banks on the other are fighting over the same assets", he added.

Asked about heading back to India, he noted: I should be where my family is, where my interests are.

"If the CBI and the ED are going to be reasonable, it's a different story. What all they are doing to me for the last four years is totally unreasonable. 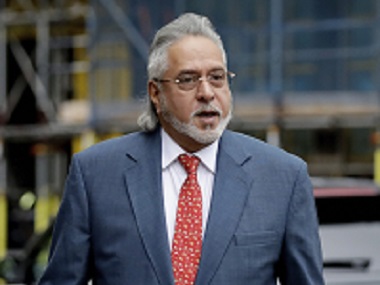 Lord Justice Stephen Irwin and Justice Elisabeth Laing, the two-member bench presiding over the appeal, concluded hearing the arguments in the case and said they will be handing down their verdict at a later date after considering the oral as well as written submissions in the very dense case over the next few weeks.

On a day of heated arguments between Mallya's barrister, Clare Montgomery, and Crown Prosecution Service (CPS) counsel Mark Summers, arguing on behalf of the Indian government, both sides clashed over the prima facie case of fraud and deception against Mallya.

"We submit that he lied to get the loans, then did something with the money he wasn't supposed to and then refused to give back the money. All this could be perceived by a jury as patently dishonest conduct", said Summers.

What they [Kingfisher Airlines] were saying [to the banks] about profitability going forward was knowingly wrong, he said, as he took the High Court through evidence to counter Mallya's lawyers' claims that Westminster Magistrates Court Judge Emma Arbuthnot had fallen into error when she found a case to answer in the Indian courts against Mallya.

Mallya, who remains on bail on an extradition warrant, is not required to attend the hearings but has been in court to observe the proceedings since the three-day appeal opened on Tuesday. A key defense to disprove a prima facie case of fraud and misrepresentation on his part has revolved around the fact that Kingfisher Airlines was the victim of economic misfortune alongside other Indian airlines.

However, the CPS has argued that there is enough in the 32,000 pages of overall evidence to fulfil the [extradition] treaty obligations that there is a case to answer. There is not just a prima facie case but the overwhelming evidence of dishonesty and given the volume and depth of evidence the District Judge [Arbuthnot] had before her, the judgment is comprehensive and detailed with the odd error but nothing that impacts the prima facie case, said Summers.

At the start of the appeal, Mallya's counsel claimed Arbuthnot did not look at all of the evidence because if she had, she would not have fallen into the multiple errors that permeate her judgment. The High Court must establish if the magistrates' court had in fact fallen short on a point of law in its verdict in favour of extradition.

Representatives from the Enforcement Directorate (ED) and Central Bureau of Investigation (CBI), as well as the Indian High Commission in London, have been present in court to take notes during the course of the appeal hearing.

Mallya had received permission to appeal against his extradition order signed off by former UK home secretary Sajid Javid last February only on one ground, which challenges the Indian government's prima facie case against him of fraudulent intentions in acquiring bank loans.

At the end of a year-long extradition trial at Westminster Magistrates' Court in London in December 2018, Judge Arbuthnot had found clear evidence of dispersal and misapplication of the loan funds and accepted a prima facie case of fraud and a conspiracy to launder money against Mallya, as presented by the CPS on behalf of the Indian government.

Mallya remains on bail since his arrest on an extradition warrant in April 2017 involving a bond worth 650,000 pounds and other restrictions on his travel while he contests that ruling.